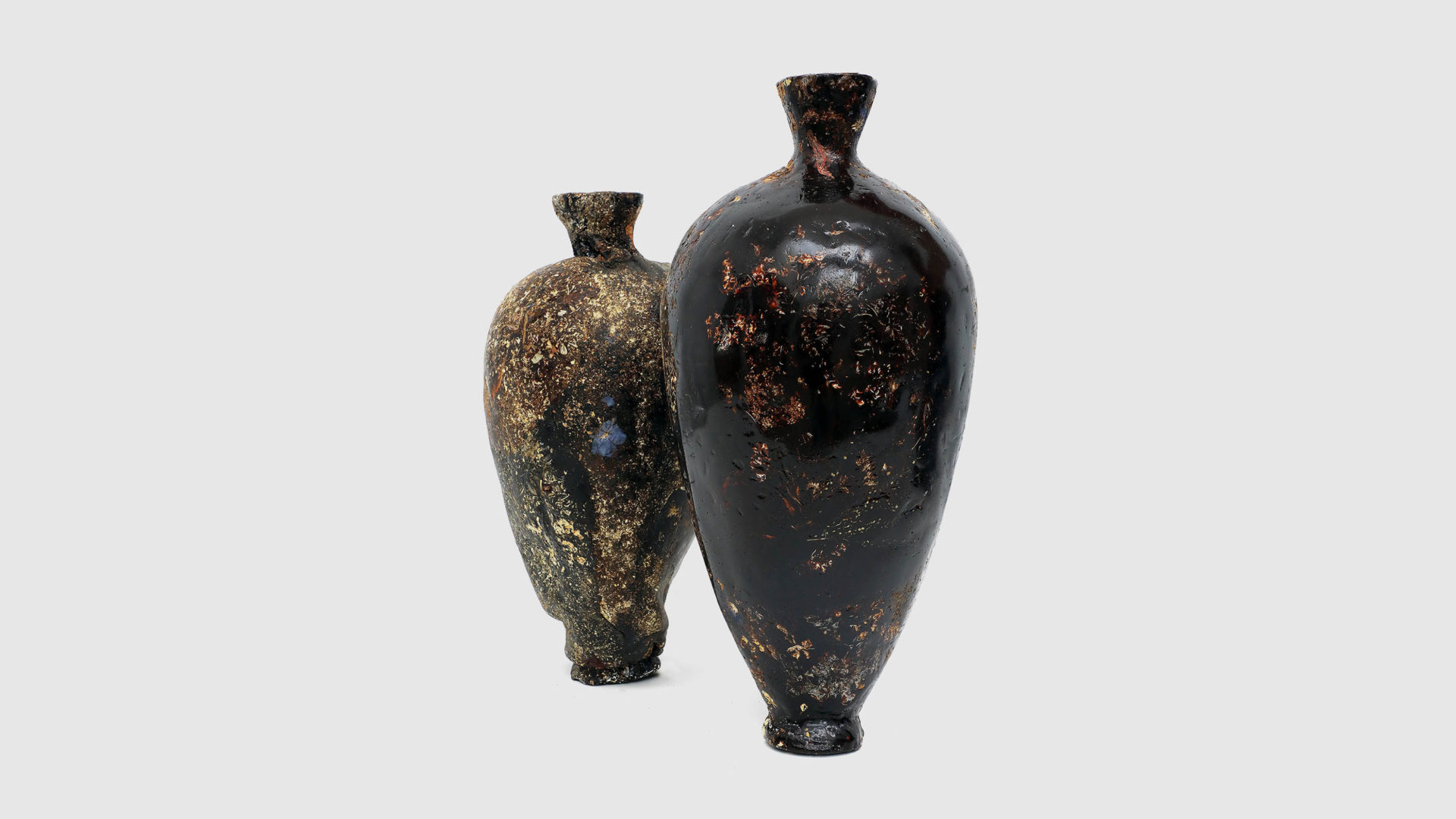 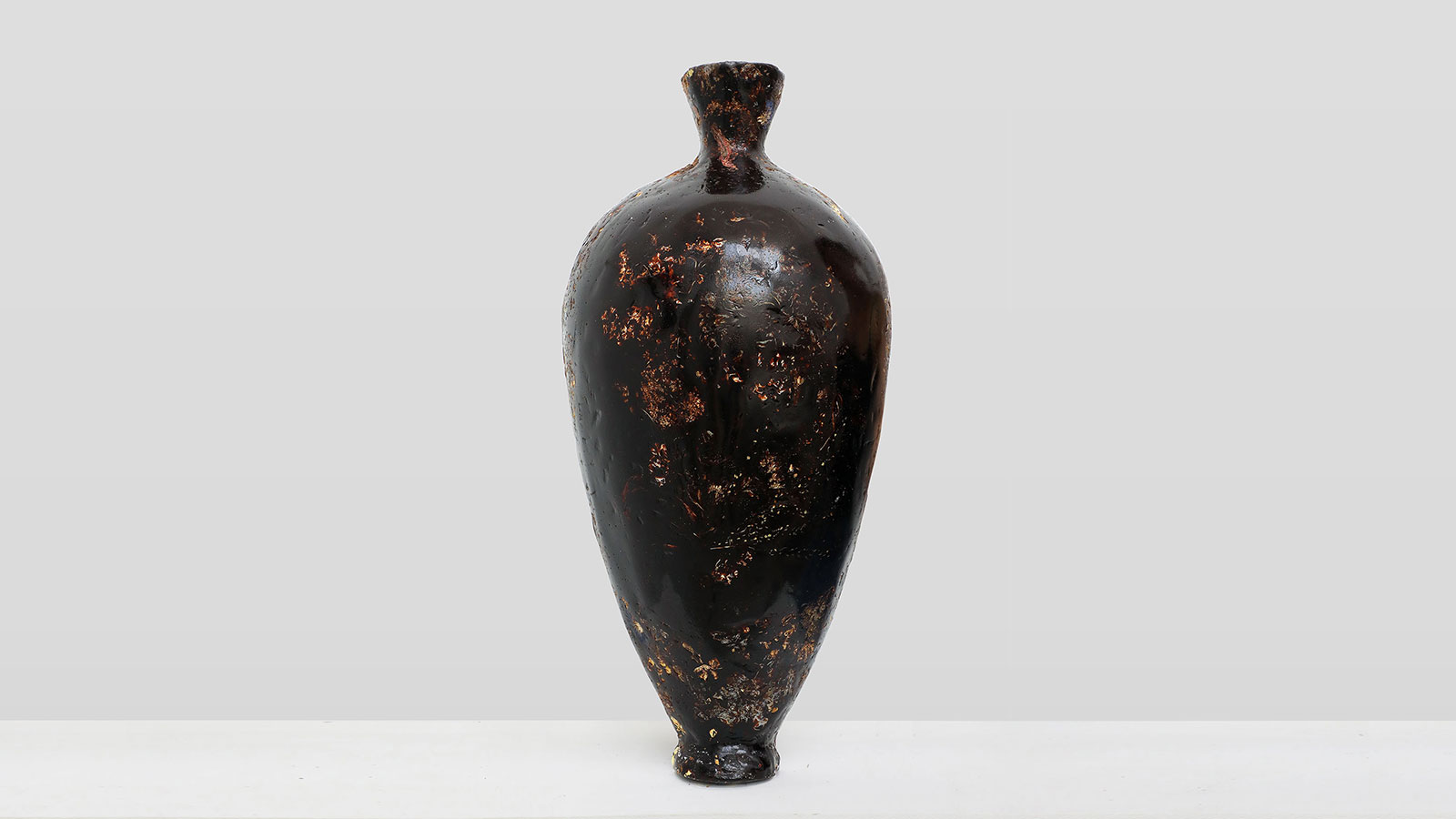 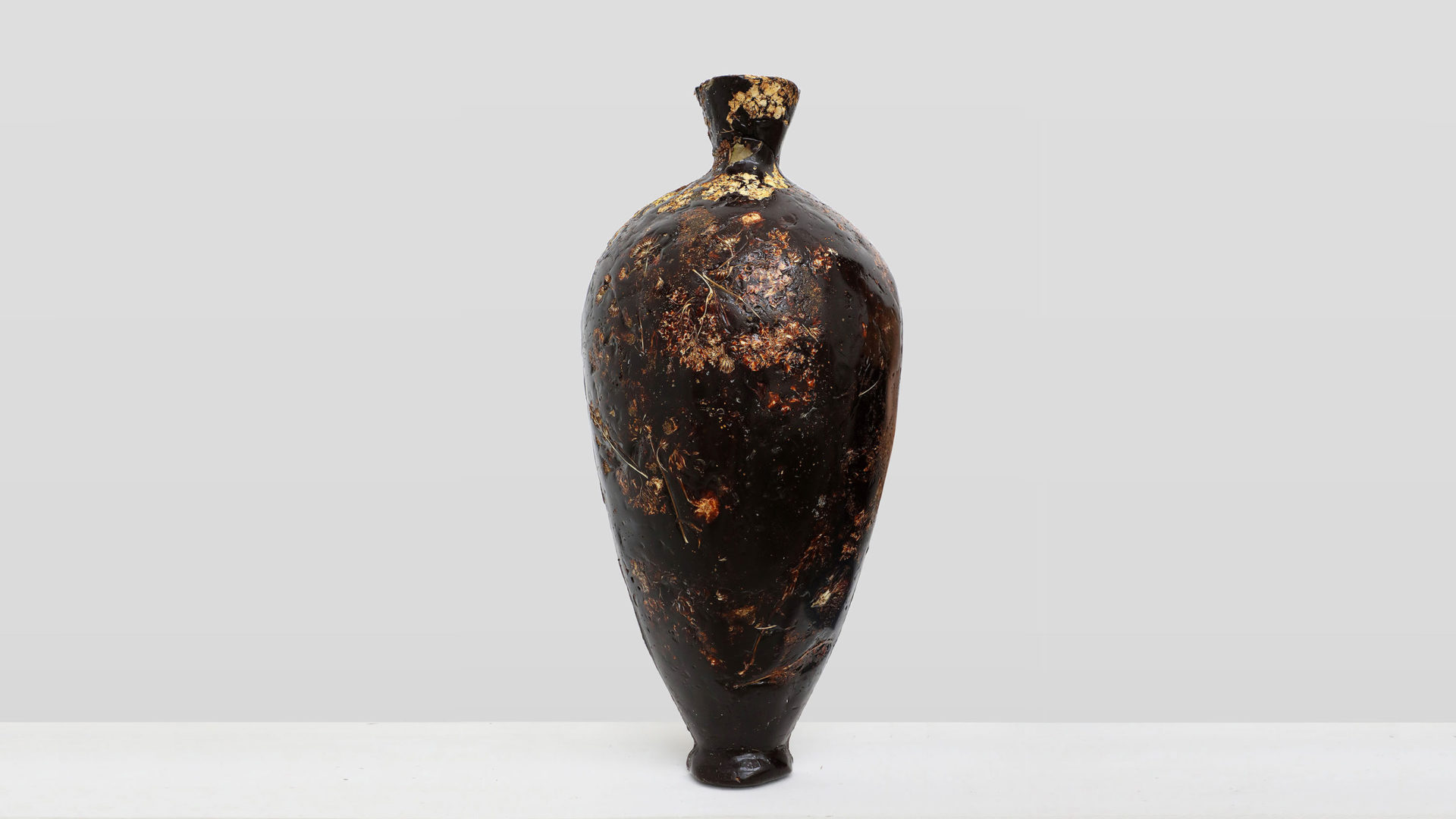 Simultaneously concerned with our culture of consumption and waste, I had this sense that there was a logic to employing actual natural material, in this case flowers, as the source of aesthetics to make objects that have greater meaning.

Perishable pieces reflect on the consumerism culture, their ephemeral quality is achieved through the material they are made of – flowers, salvaged from London’s flower market, with an organic matrix formed from shellac, beeswax and resin. Perishable Series features functional works including vases, urns and flasks, formally, and in their decoration, reminiscent of works from great civilisations past, but which in comparison to their historic predecessors deform in sunlight, are negatively affected by water and generally slowly fade and disintegrate over the years. The speed of deterioration is dependent on the ambient environment. Just like objects of everyday use, which are often designed with planned obsolescence (printers, phones, cars), these sculptures also have a limited lifespan dictated by the natural processes that overtake them.

First tests and material research were held in a public park during spring. Through temperature change and humidity objects started to transform and melt, blending into their natural environment.