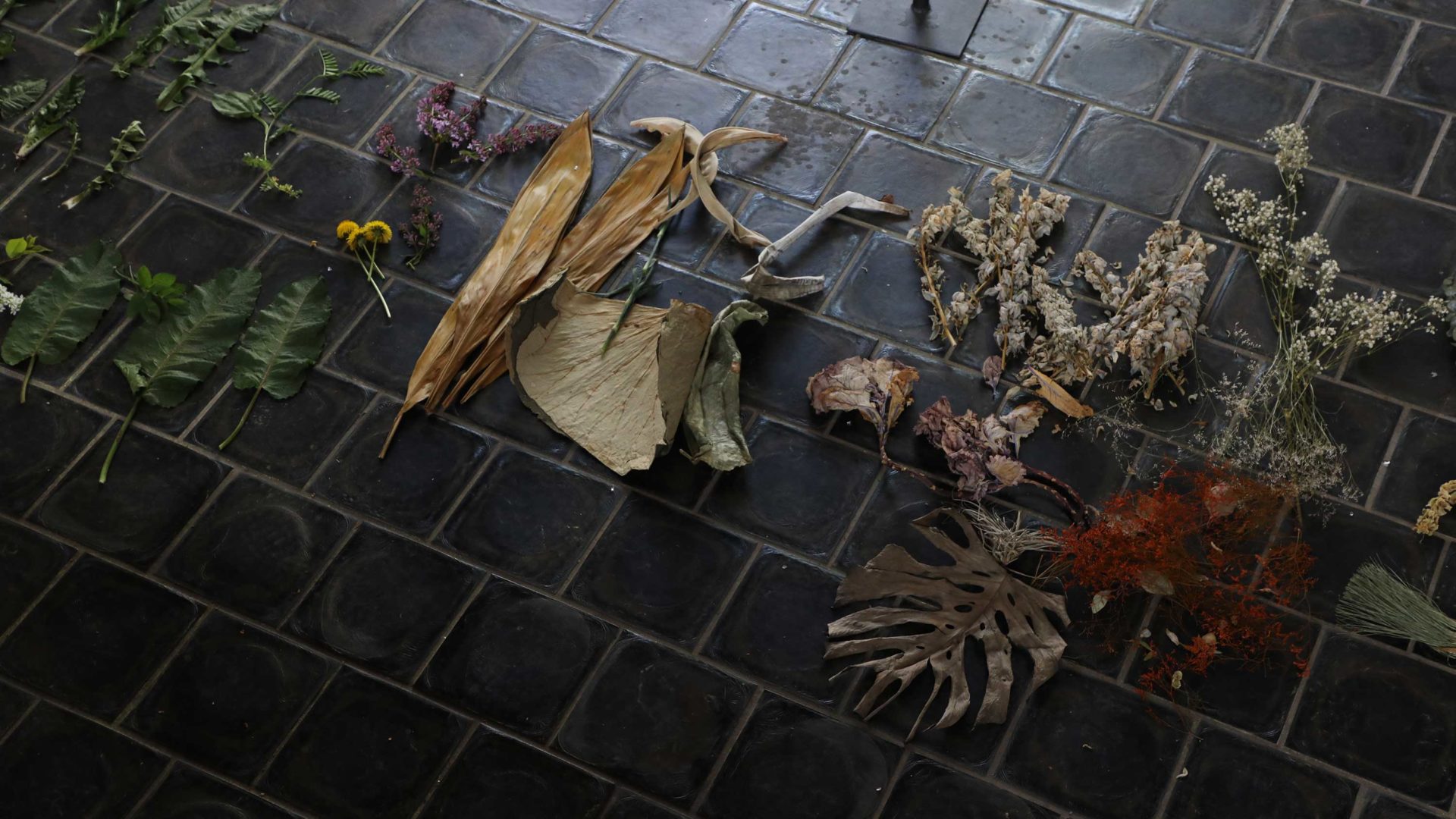 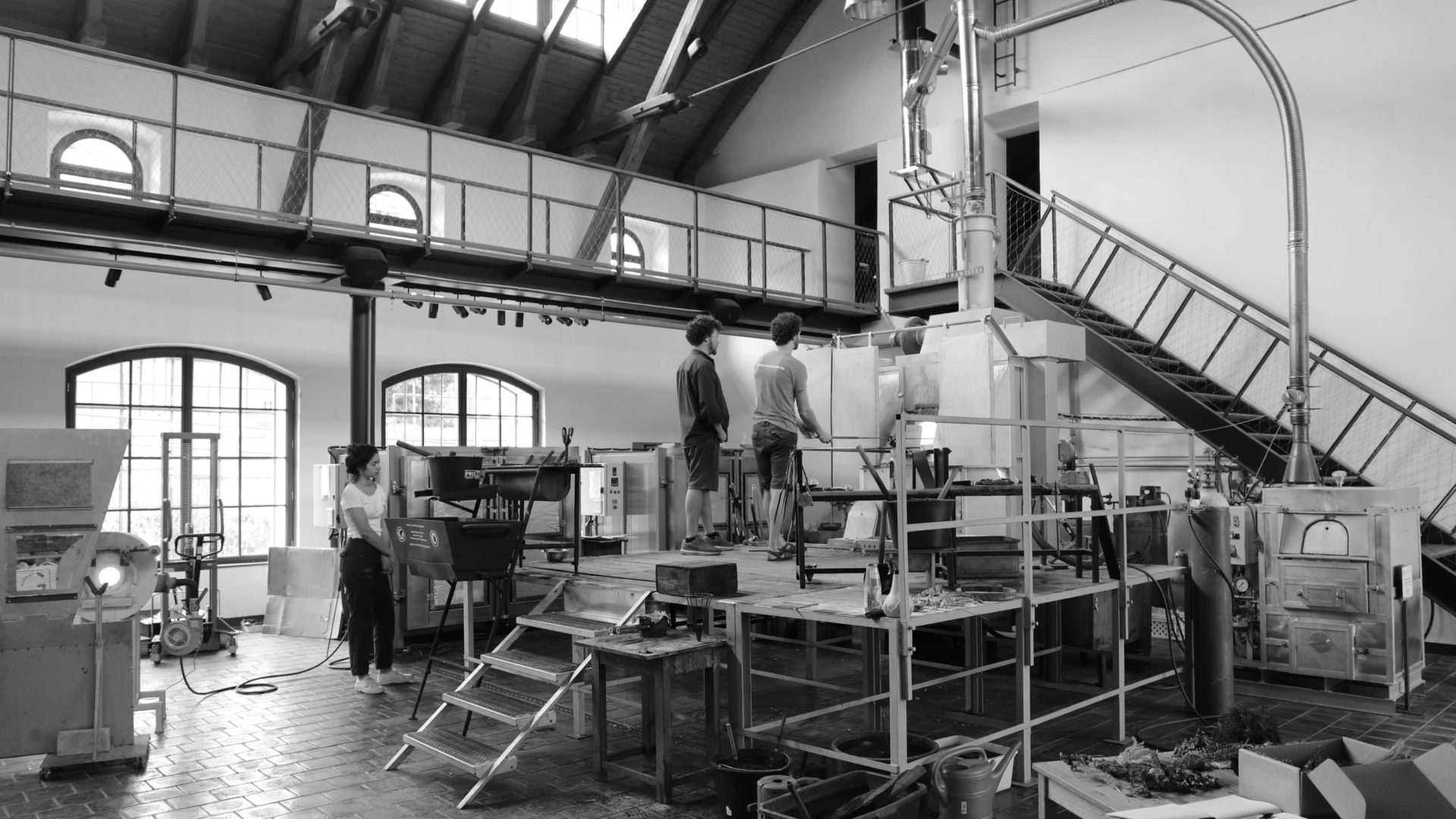 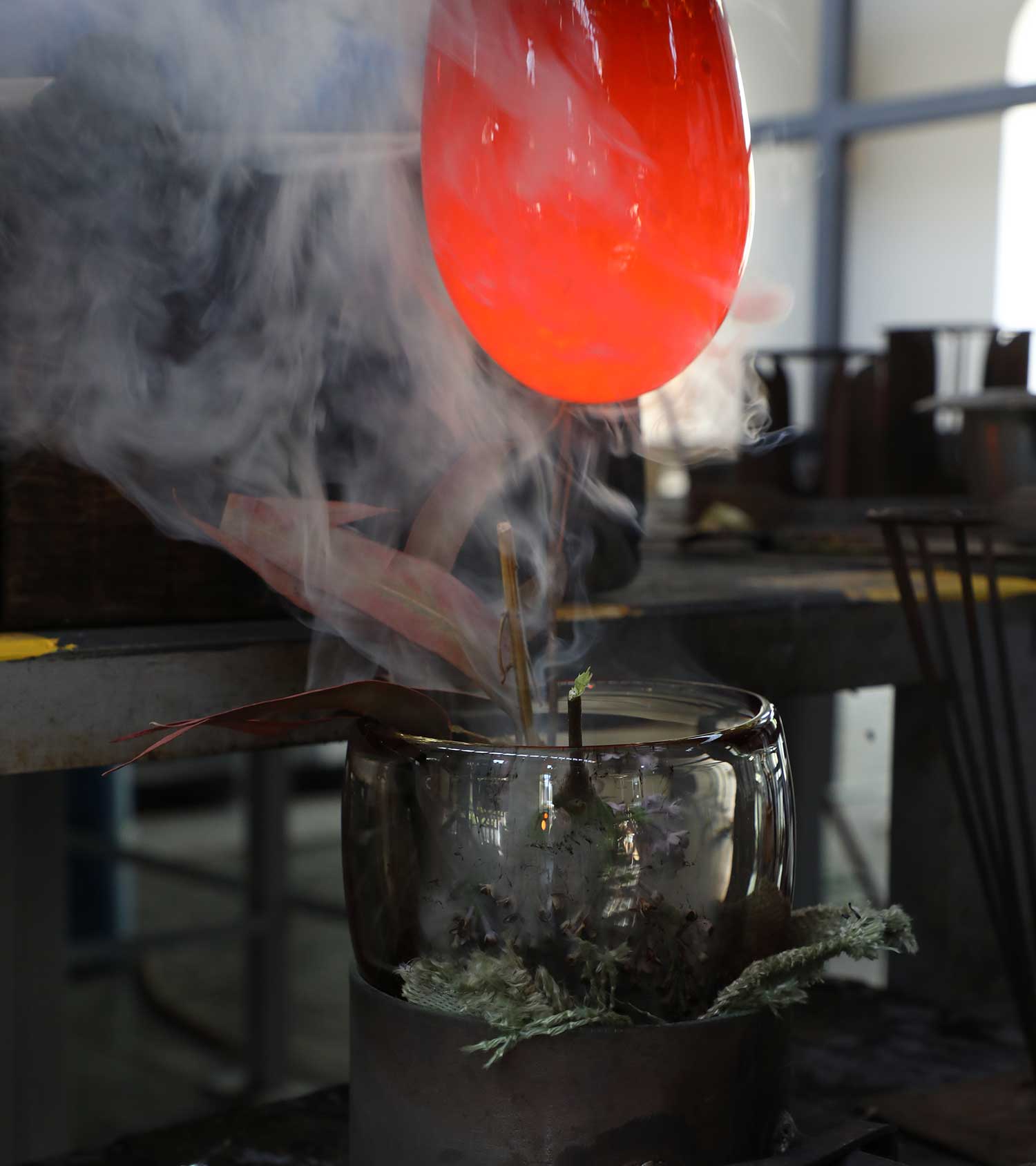 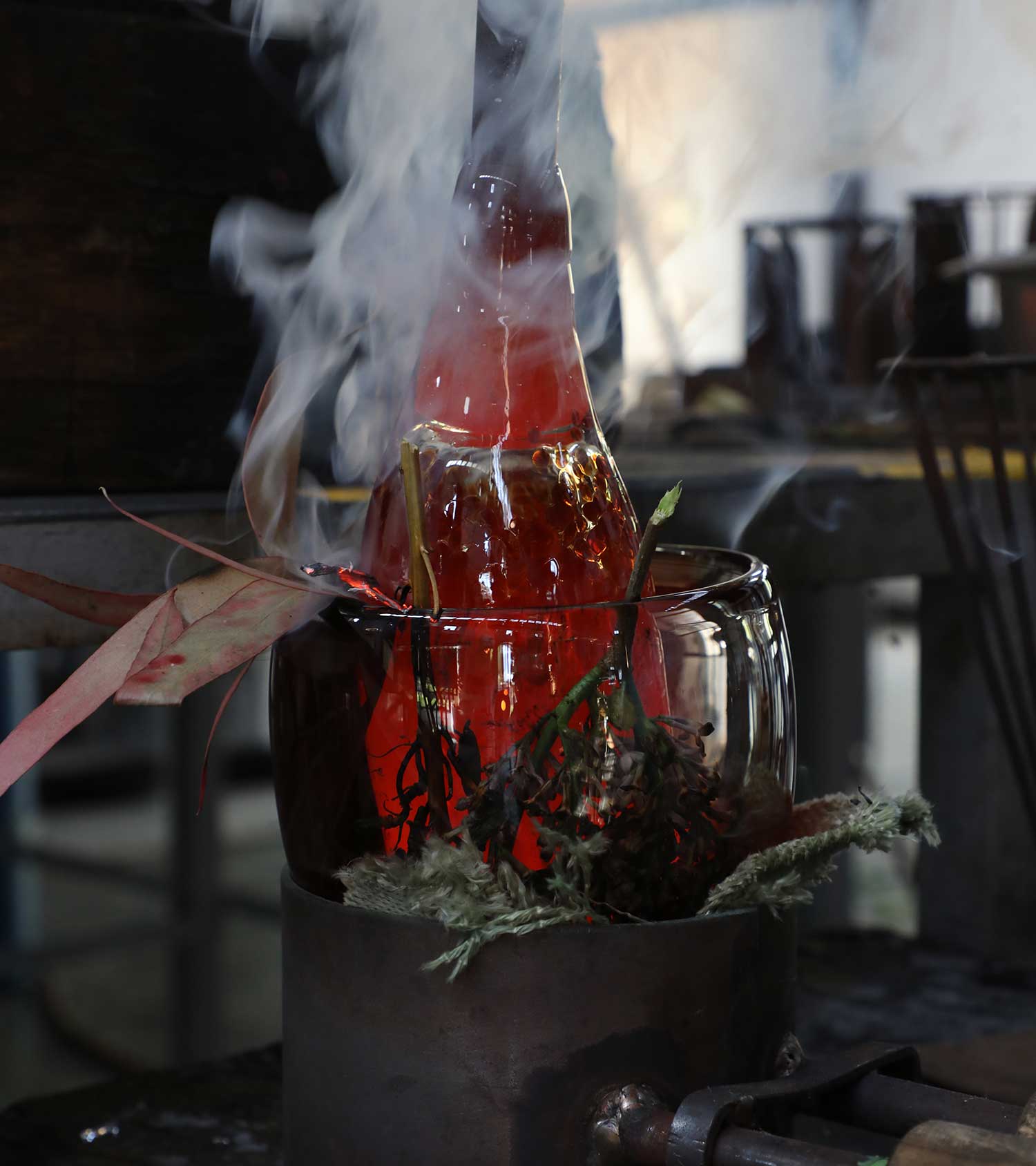 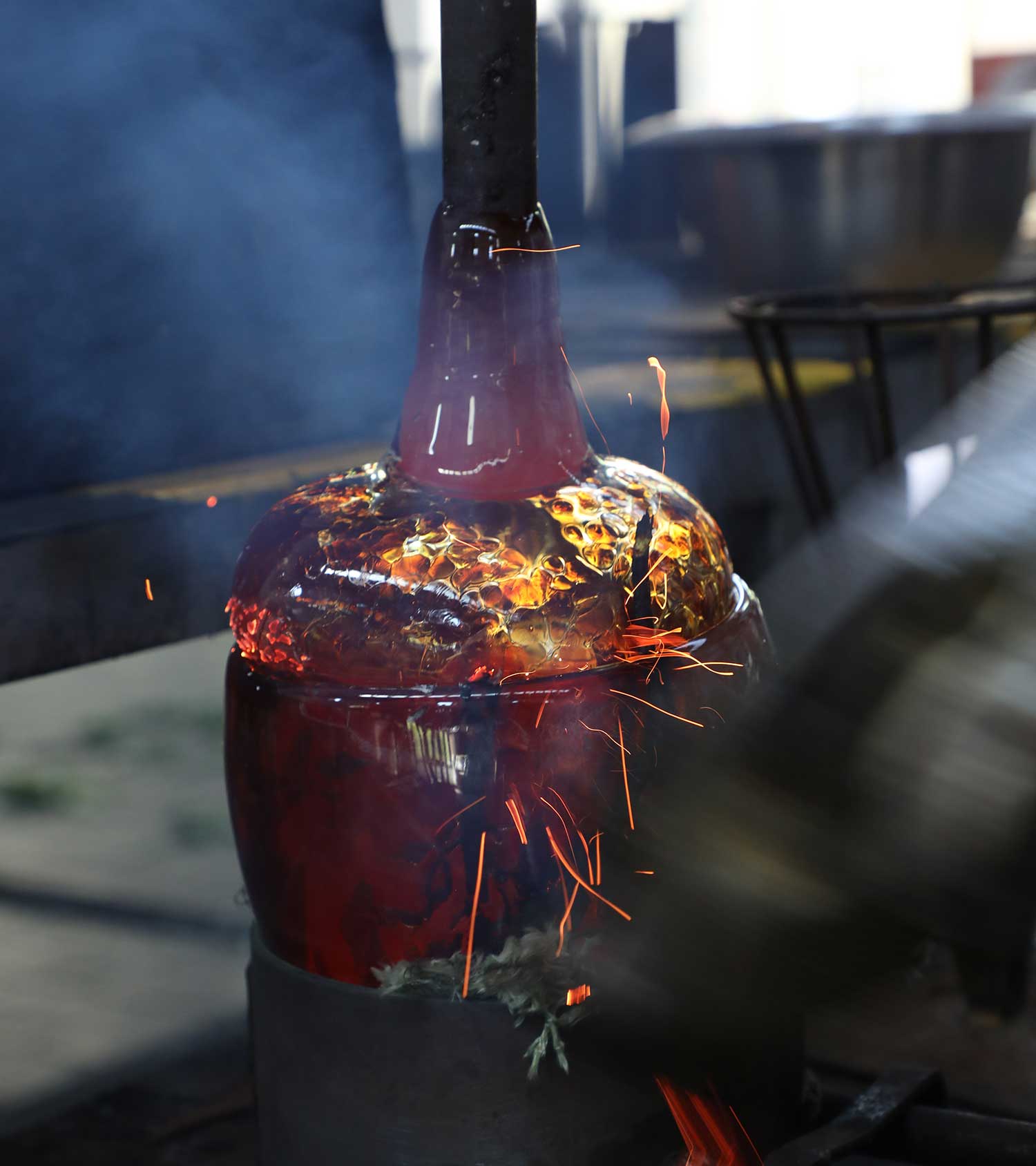 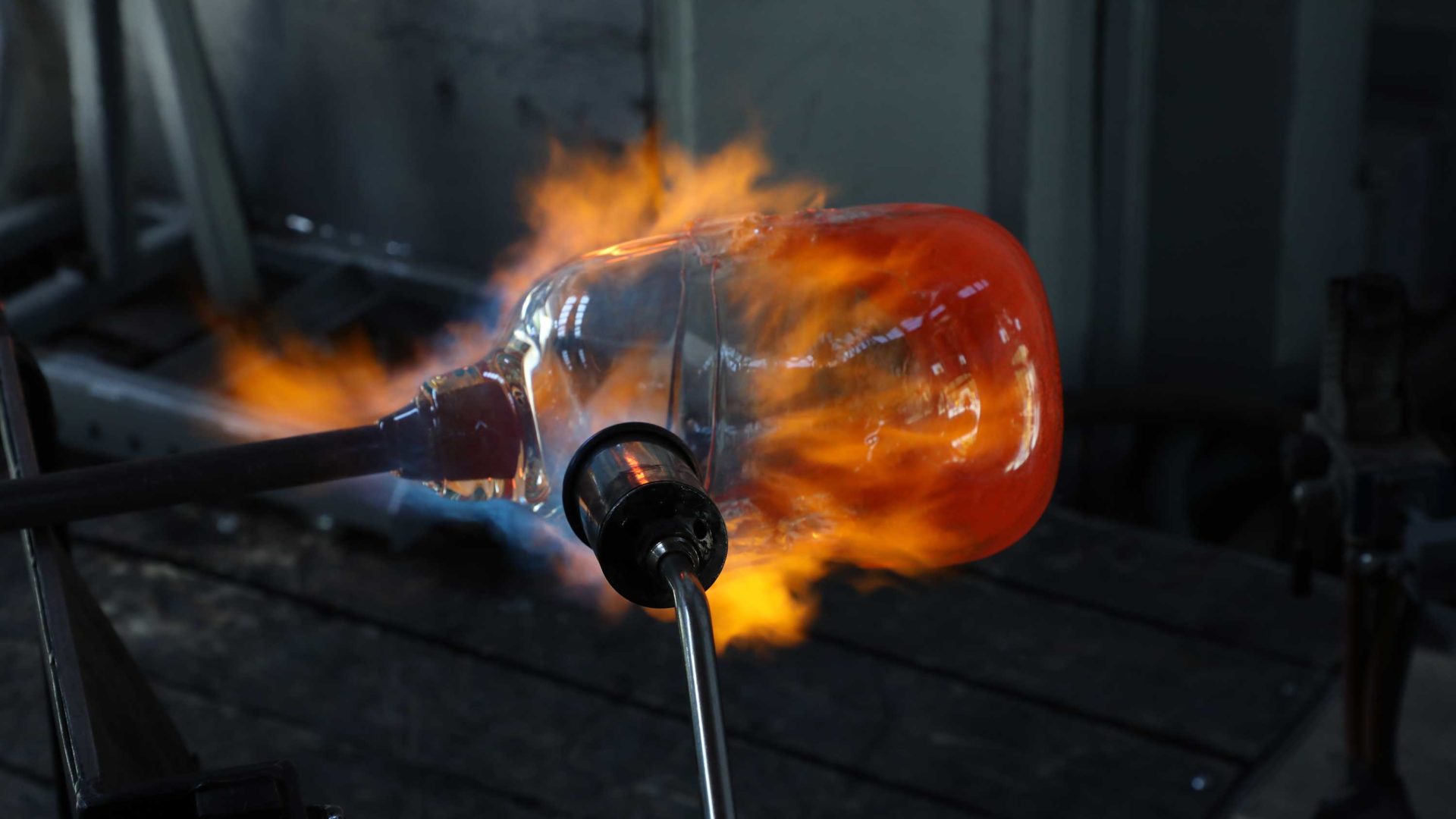 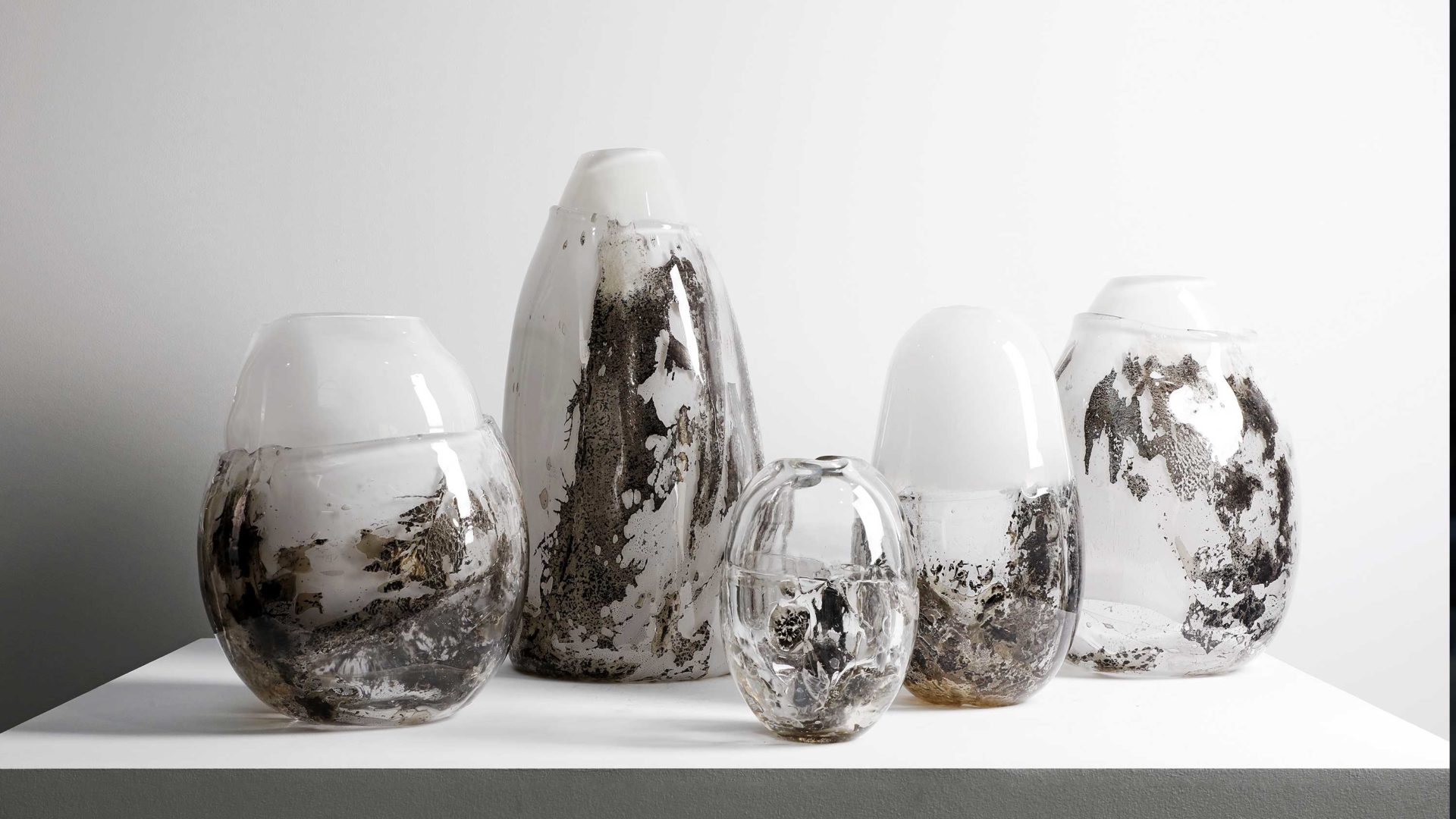 A flare emerges from the darkness. The narrow slit in the wall leads to a small, encapsulated inferno. The flame grows stronger until finally reaches its sable maximum. The temperature continues to increase. The air thickens, becoming soft and dry. It turns into an unbearably palpable matter, capable of choking with its weight. Ephemeral lava feels the curves and corners of the narrow oven, creating unbearable conditions.

The glass core is placed in this hellish environment. Boiled until hot, the red and orange soul merges with the colour of heat. It is now nothing but a burning mass of purposeless energy, capable of becoming something different. Removed from within, an attempt is made for the core to meet its organic shell.

Fragile, impermanent flowers are melted with the most vicious of elements. The heated surface burns the plants, turning them, within seconds, into half-incinerated shapes of their previous selves. The burning matter gradually fuses, incorporating the plant-like shadows of ash. They begin to resemble a fractured lava crust, steadily expanding and becoming ever more fragile.  In order to sustain their still familiar shape, they are given a second skin. The fine, transparent glass shell quickly becomes one, protecting and preserving the organic shapes within. Turned into a feverish bullet, the materials are forced to merge in order to seal the plants that have now gained their painterly quality. As the burning mass cools down, it becomes heavy with its flowing shapes, seemingly carrying on the memory of its liquid state. Its gained transparency disfigures reality, turning it into grotesque and abstract shapes.

The flame disappears and darkness prevails. The light that once forced the opaque matter into shape, now gives palpability to its transparent shell. Decorated with flowers made of ashes, the post-volcanic glass form illuminates the interior. A flickering light moves through the ceiling, blurring the border between the architecture and the organic qualities of the projected shapes. The flowers had to become ashes in order to turn into shadows. Shapes and illusions painted on the soft arches, reminiscent of the ephemerality of the burning plant. Temporality sealed between the core and crust – a vanishing act suspended in the translucent infinity.