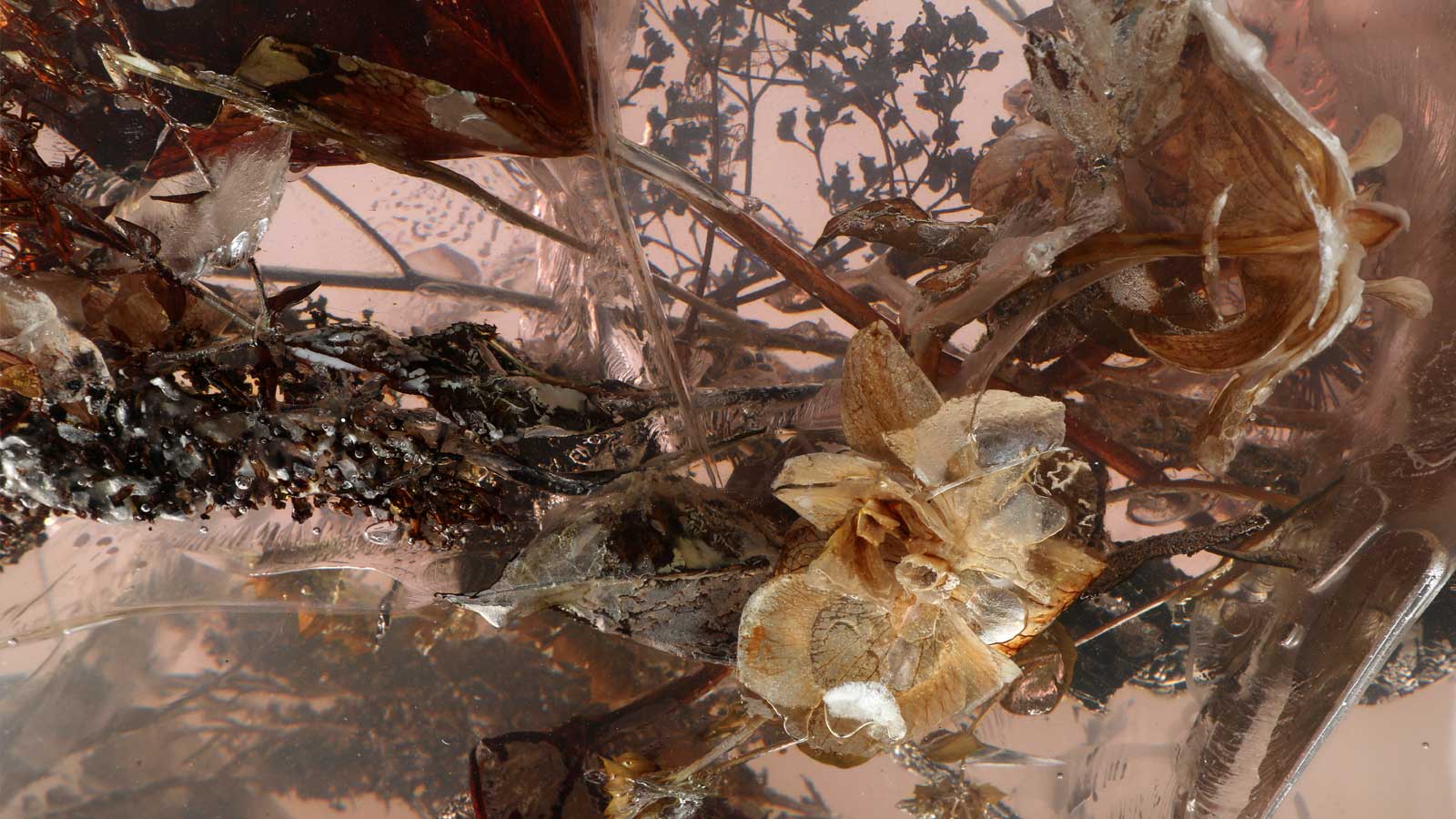 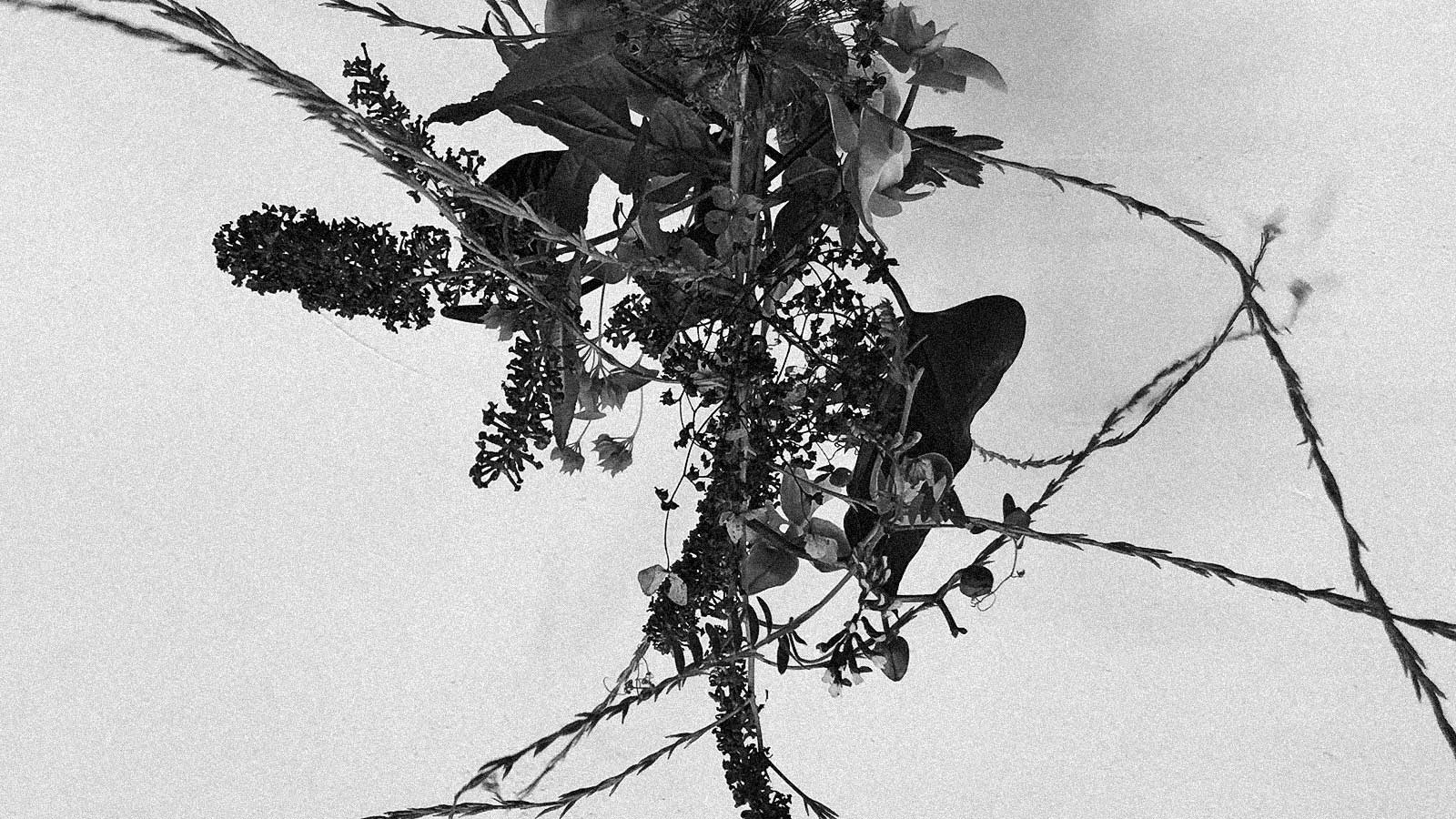 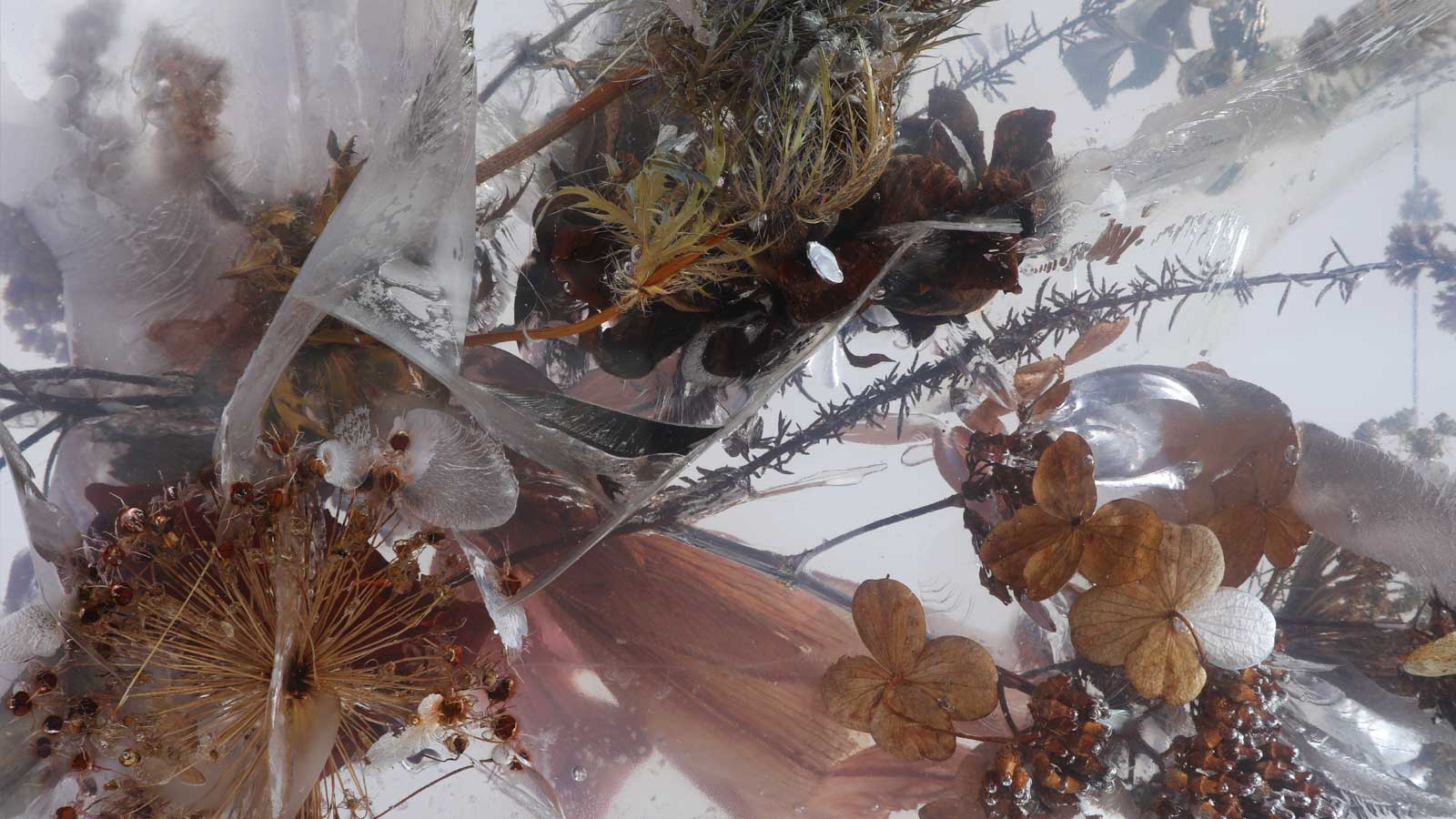 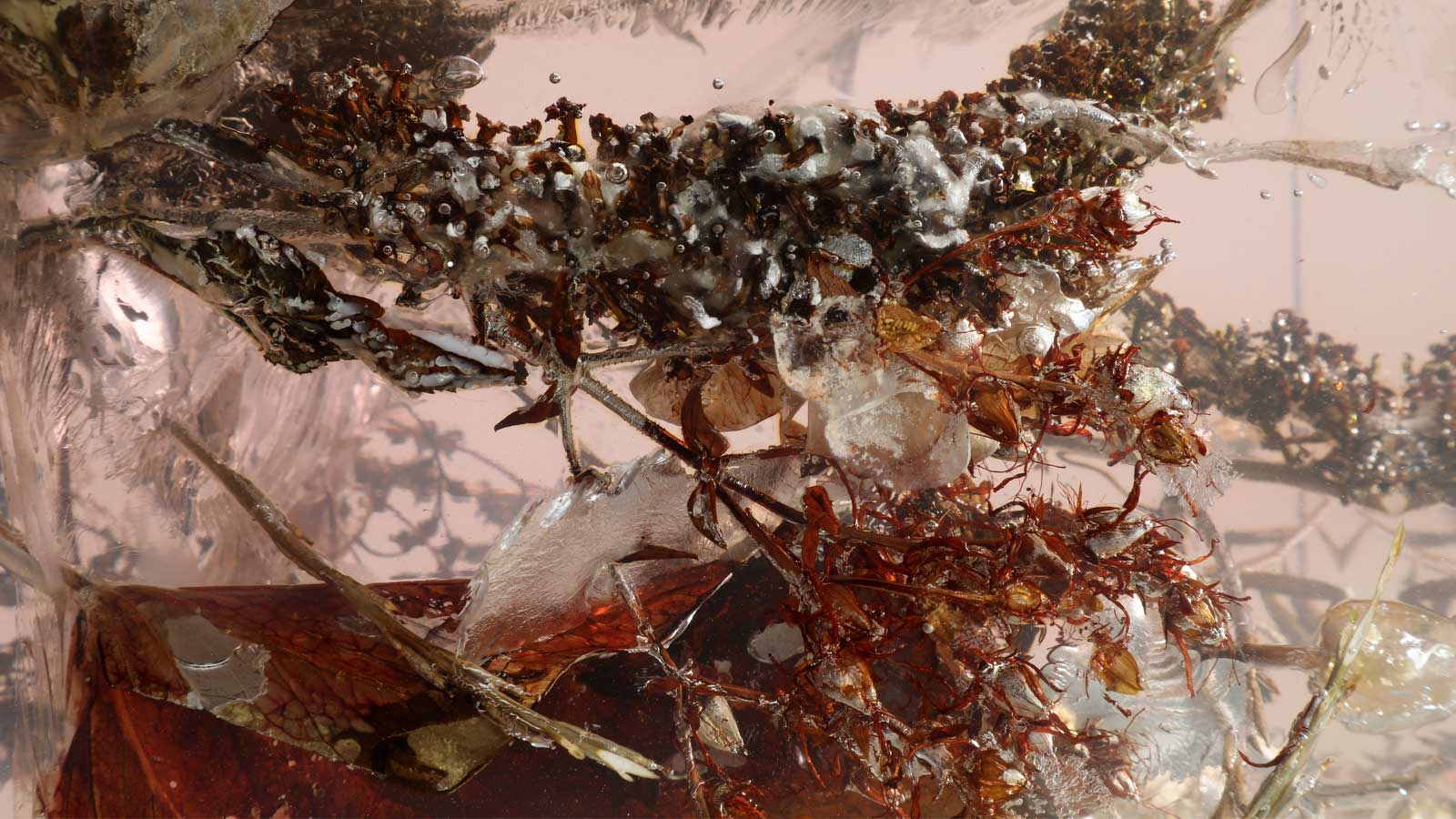 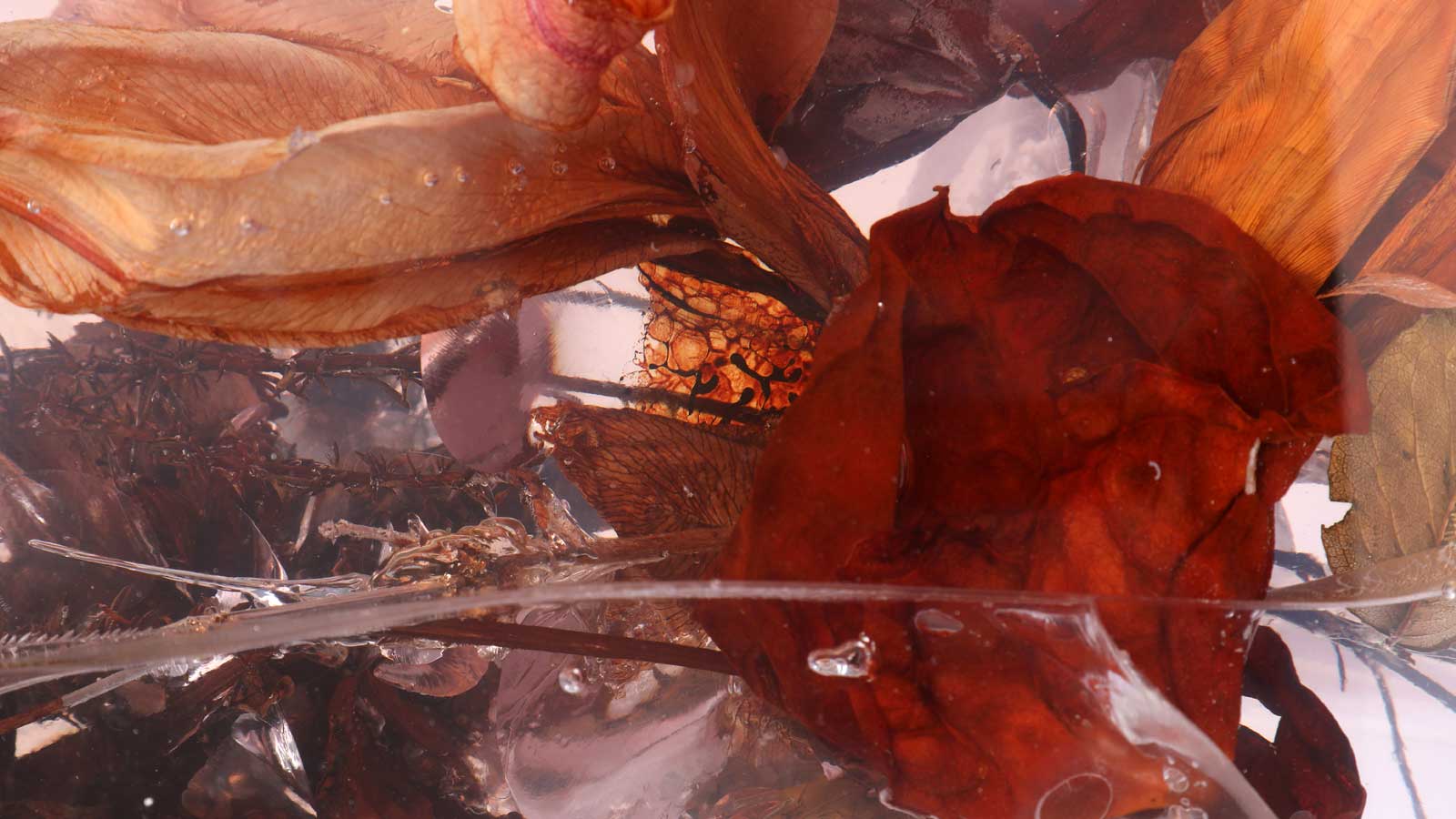 There is an unfamiliar story behind. Unknown to me, or them.

They surely were not born into this silent stillness. They didn’t grow into this somber freeze-frame, of the thick and inanimate materia. They would not be able to force themselves through this stone like matter.  Given their shape and arrangement – they were once free to move and grow. Given the delicate curve of their petals there must have been a wind slipping on the surface of their delicate figure. Exposed in the fields and meadows, relishing in their ephemerality – they wouldn’t choose to preserve themselves in this intimate moment. Plant caught blossoming like the prehistoric files caught mating millions of years ago.

Now there is nothing but silence. Devoid of familiar sounds off life-giving bugs and bees, unable to feel, they seem to be forever caught within this peaceful temple of amber like materia. Their dynamic silhouettes prove – the matter itself must have been once liquid. You can see how its heavy flow have pushed down the involuntary plants, as if the gravity would change its rules. But who shaped this form they have been forced into? There must have been a conscious gesture, which opened the sea of the involuntary possibilities. There must have been a hand which poured the hot liquid giving this enigmatic hybrid its current form.

Pensive you navigate through the depths of this frozen image. Just as you seem to have discovered the enigma, a loud sound breaks the silence. Its hard to describe a sound but this one is easy – its the sound of ice-cube creaking when you poor warm water onto it. Only if the ice-cubes were gigantic and the water was an ocean. The sounds repeats and echoes through the the empty room – it seems to have come from within. Once again, look closer. Navigate more vigilantly. An explosion. You see it clearly now – a paused erosion, which began but never fully corroded. It froze within just like the plants themselves.

Is this amber creature dead or alive? Was it the flower which continued to blossom despite the pressing materia? Or was it perhaps the ongoing chemical process within? Maybe you didn’t give enough credit to the invisible human hand. Maybe you forgot who chose to preserve this plant, who arranged it within the overheated materia. It was the human hand which so thoughtfully manipulated this new environment, prolonging and breaking the process of creation so that his manipulation continues within the object – after it has been formed. You can now feel it loosing its temperature. Bubbling and creaking continues, as if the energy was making its final escape. Finally the silence prevails. I guess it was only the plant that was carried the chance possibility.