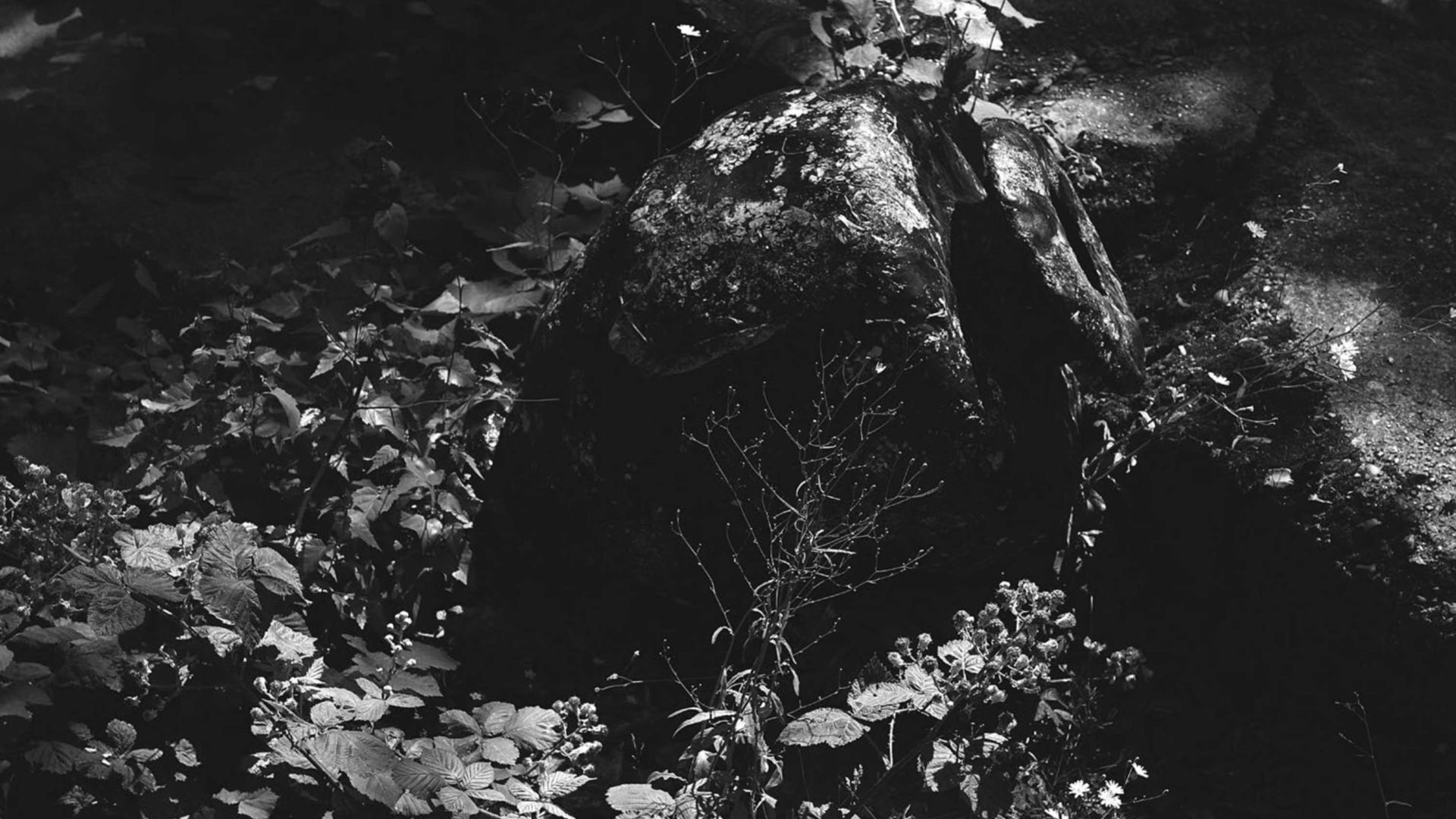 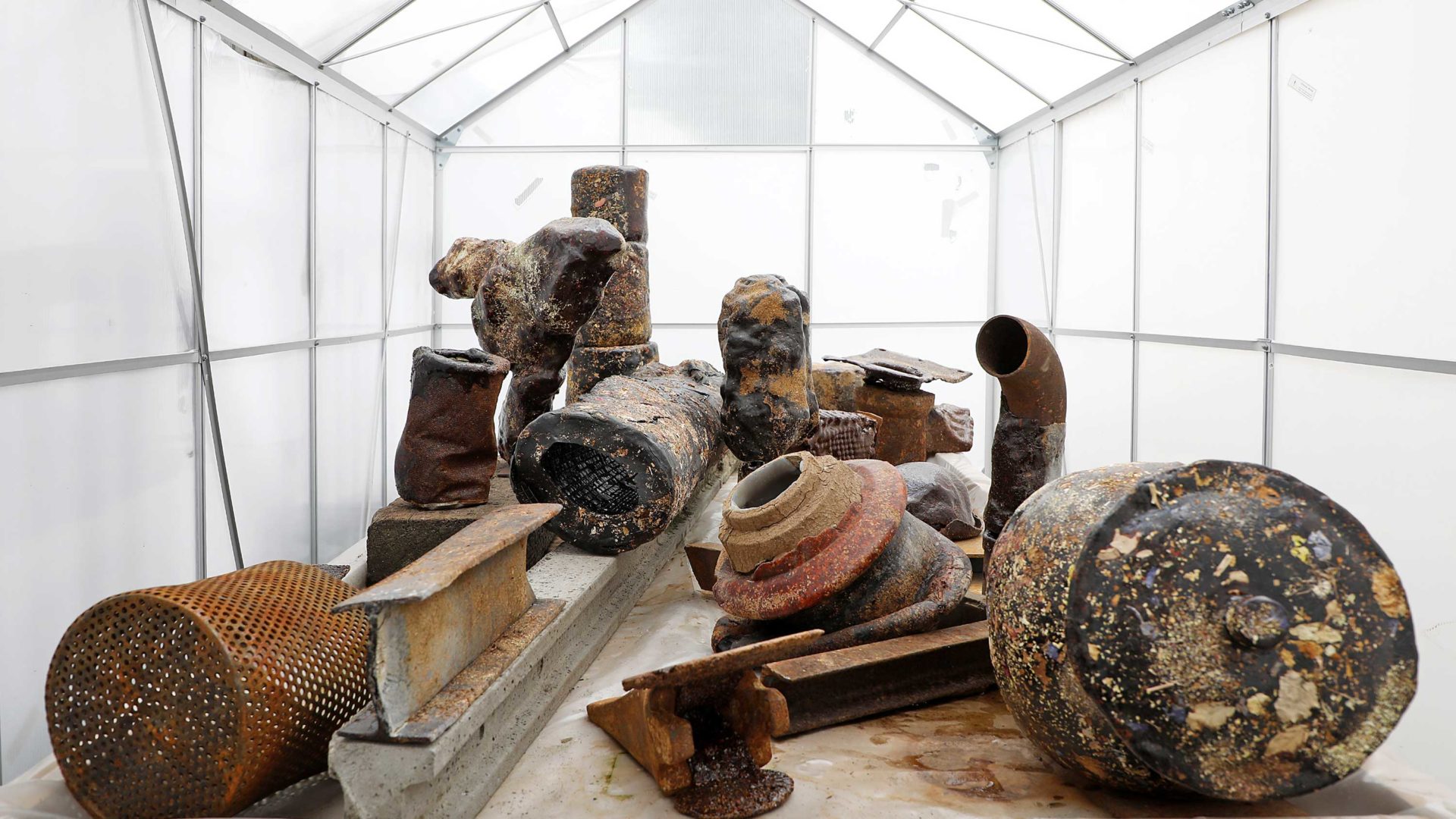 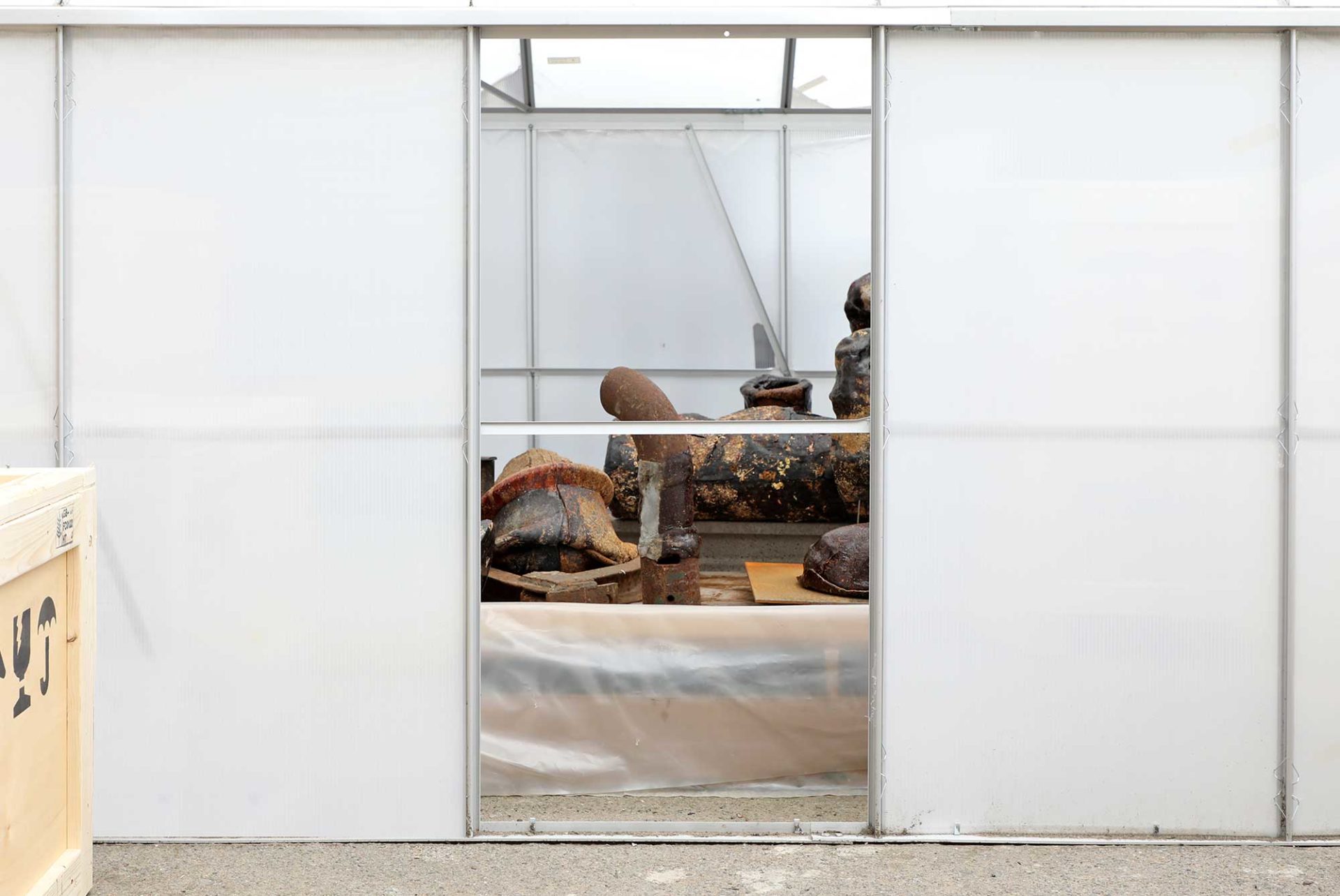 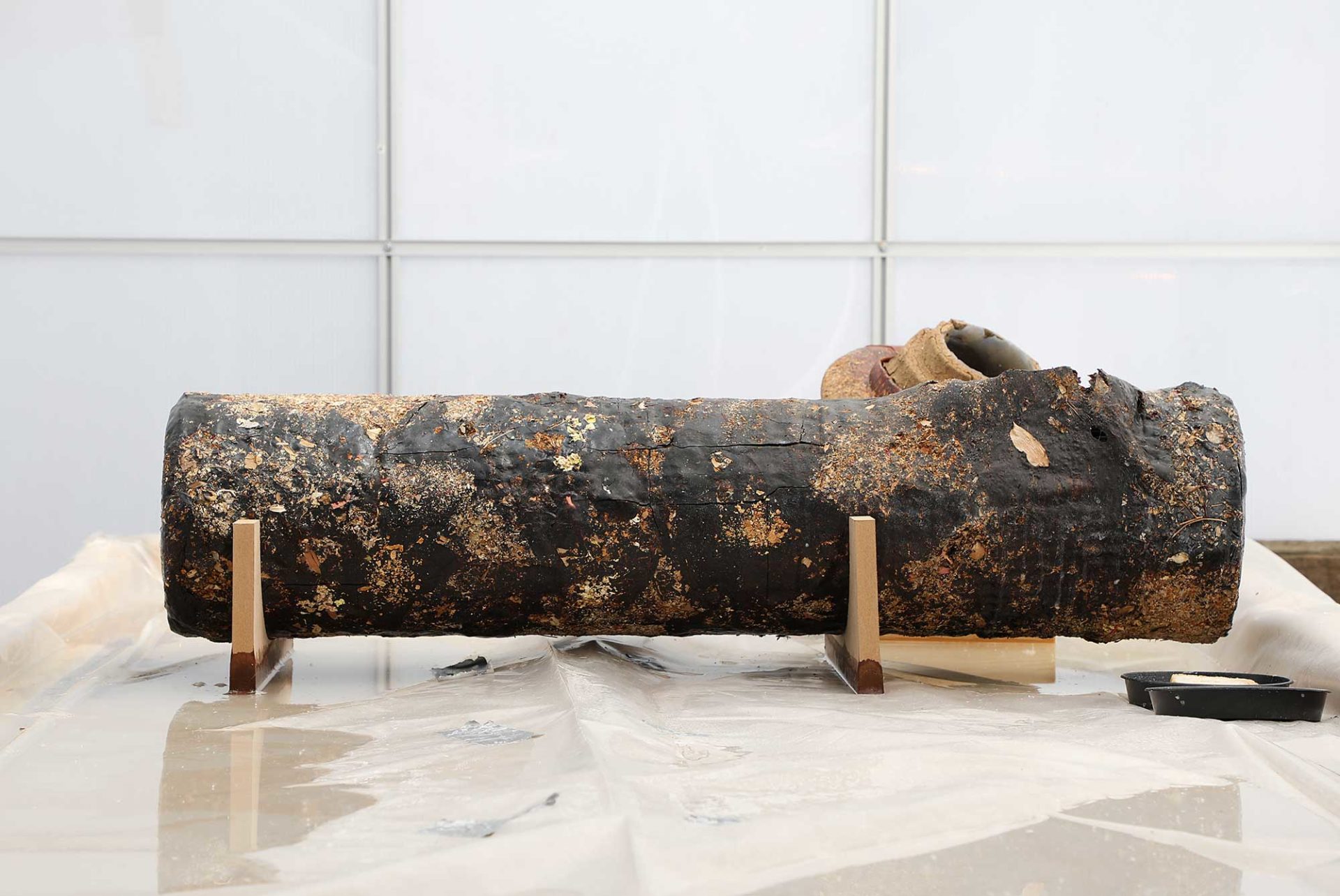 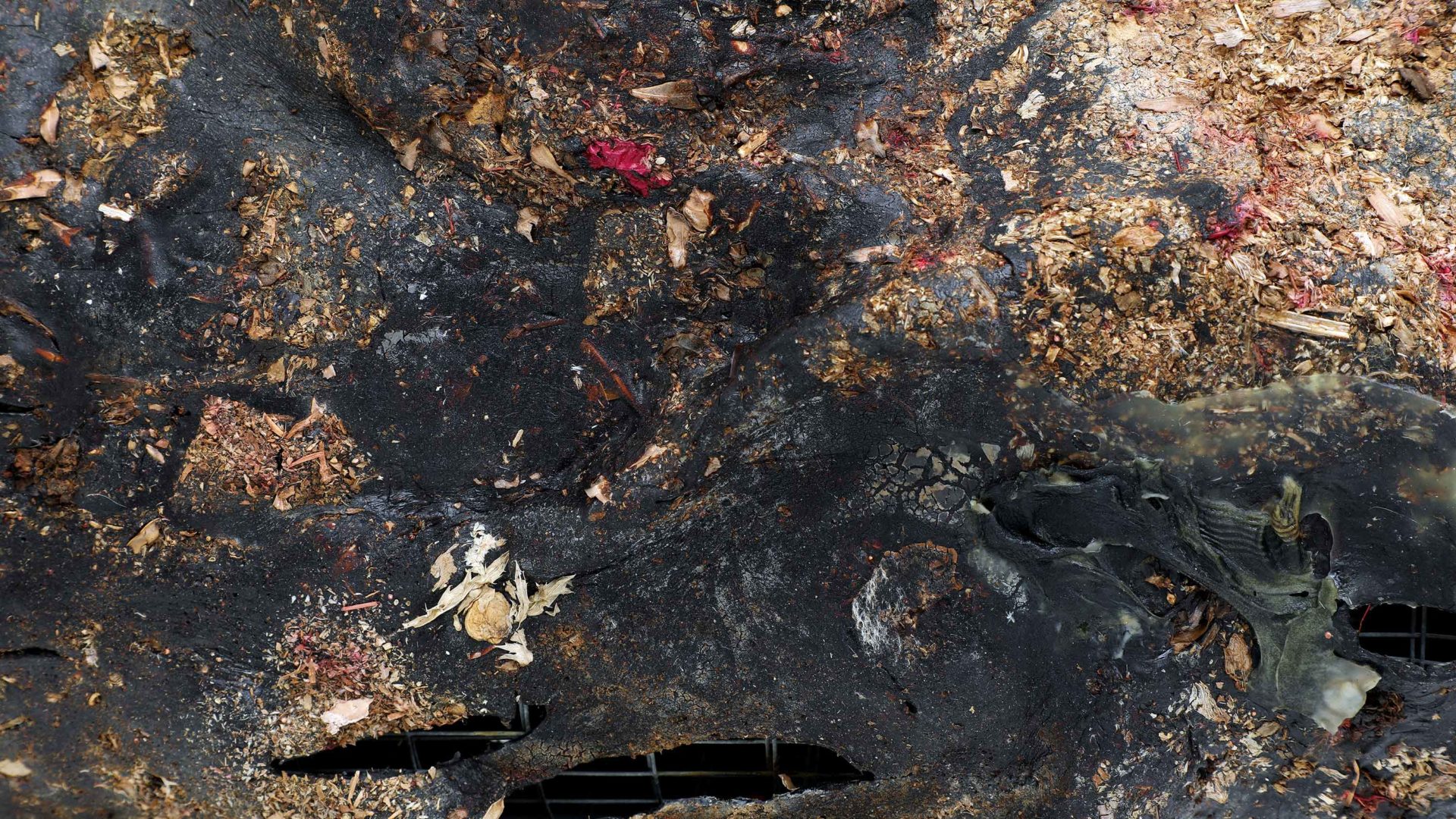 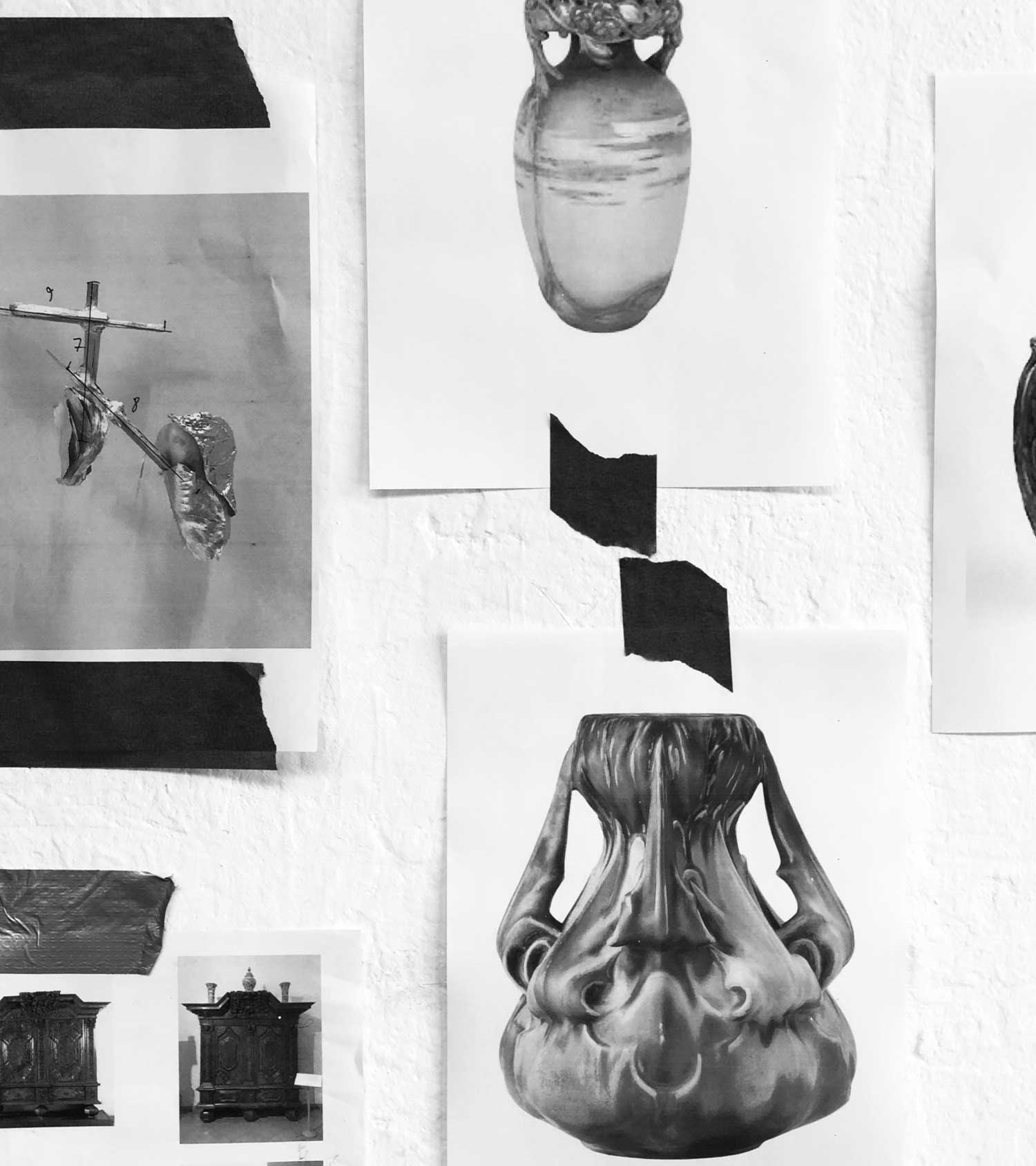 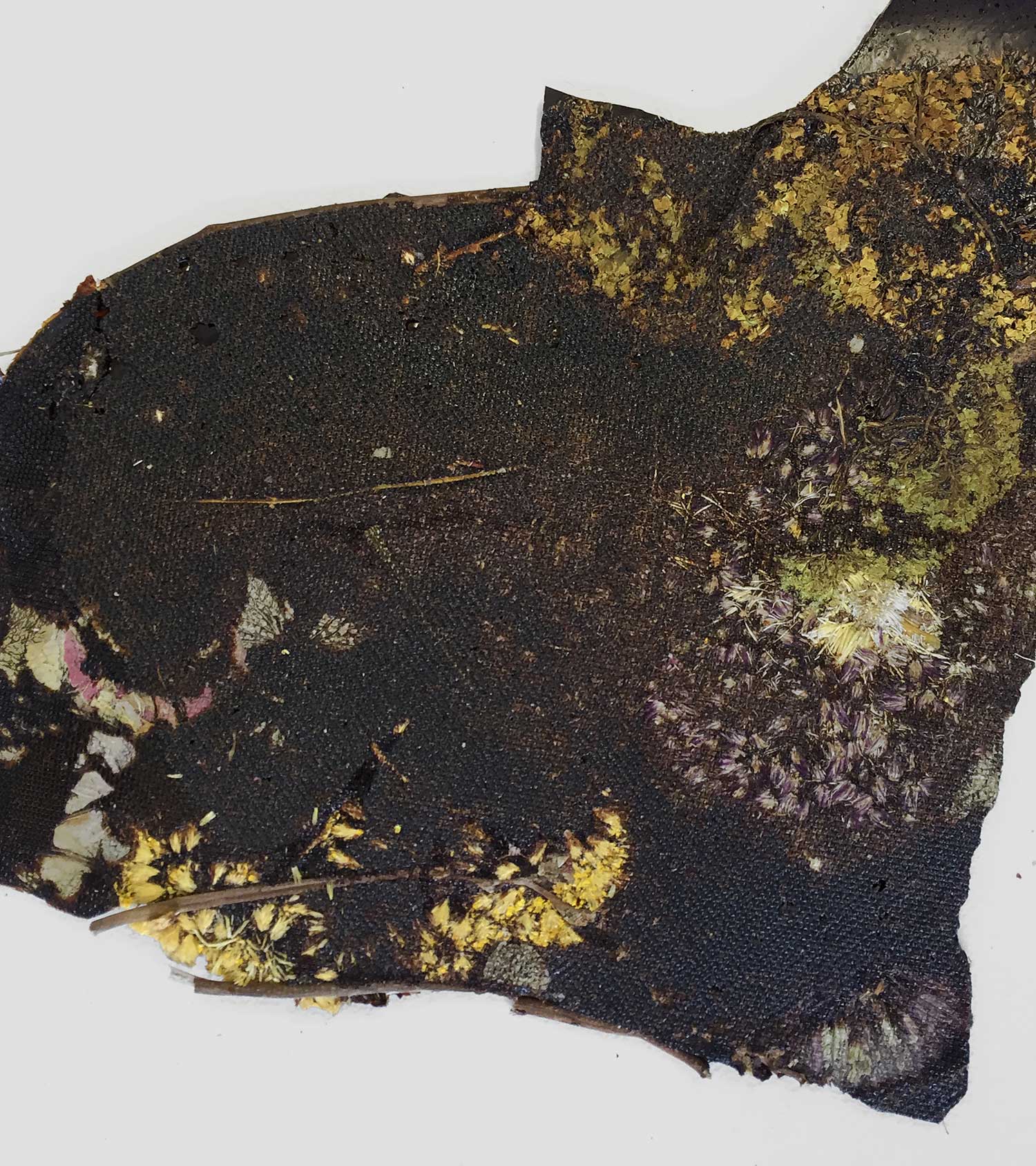 A celebration of an ephemeral material has turned into a developing installation. From decay, which became its inherent element, an alternative universe has emerged. Within its realm, the process of degradation and rotting gains the qualities of progression. Objects displayed at different stages of decomposition reference domestic and architectural forms. When displayed in the context of a permanent matter such as discarded metal, one is stunned to find a common quality in them. Now, more than ever, metal proves to be impermanent. With its corroded parts, rusted arms, and crumbling joints – it shares a similar beauty, complementing this unstable universe.

When you circulate through the installation, it embraces you, enticing you to reflect upon the contemporary consumer culture, while continually exposing and celebrating the processes of decay, destruction, renewal, and reconstruction. The overall experience pushes you towards this uncomfortable desire of wanting to preserve this fluctuating universe.

But this time, the artist offers no such solution, no relief. The sight of a familiar glass box gives you a glare of hope which quickly dies as you notice the corrupted vases inside it. Instead of building an incubator which could preserve and stop the progressing decay, the artist has created an environment in which bacteria thrive. This compact microenvironment creates stable and controlled conditions which allow you to study the progressing decay, while increasing the kinetics of the decomposing vases. Once again, this manually controlled habitat becomes a space for experimentation where different processes can be studied, decelerated and expedited. The objects displayed within this humid incubator are extremely vulnerable to bacteria and enzymes diffused within, accelerating the processes of disintegration and decay. Captured behind the thick glass, the objects are exhibited to the public eye in their most vulnerable state. Their refined form becomes corrupted and flesh-like. Before our very eyes, it changes, becoming pale and fuzzy. Covered with a moss-like fungus, it begins to resemble a half-eaten fruit rather than the former object. Yet somehow, in this intimate moment, we manage to find an intricate beauty – a meeting point between the past, the present, and the future.