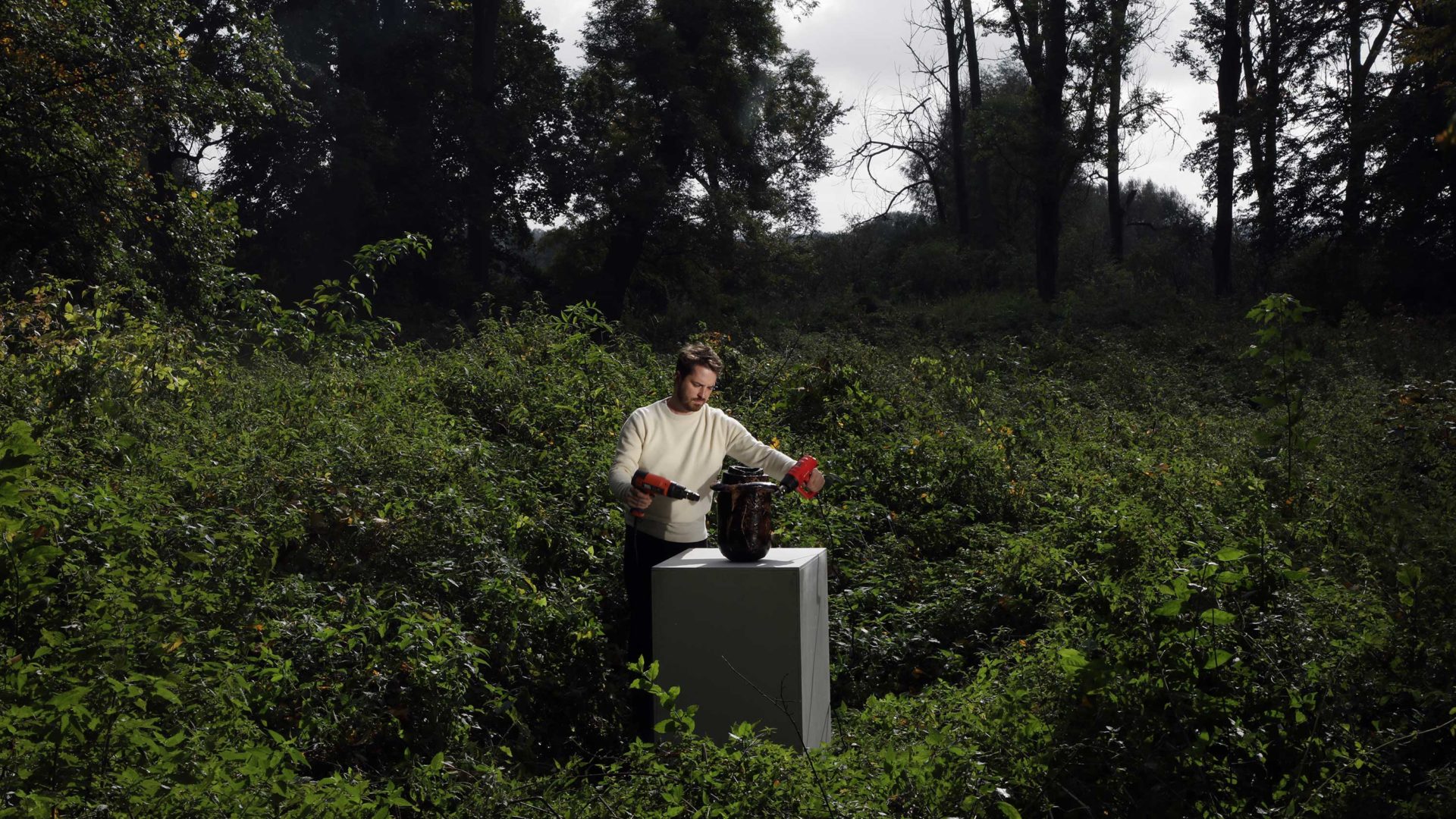 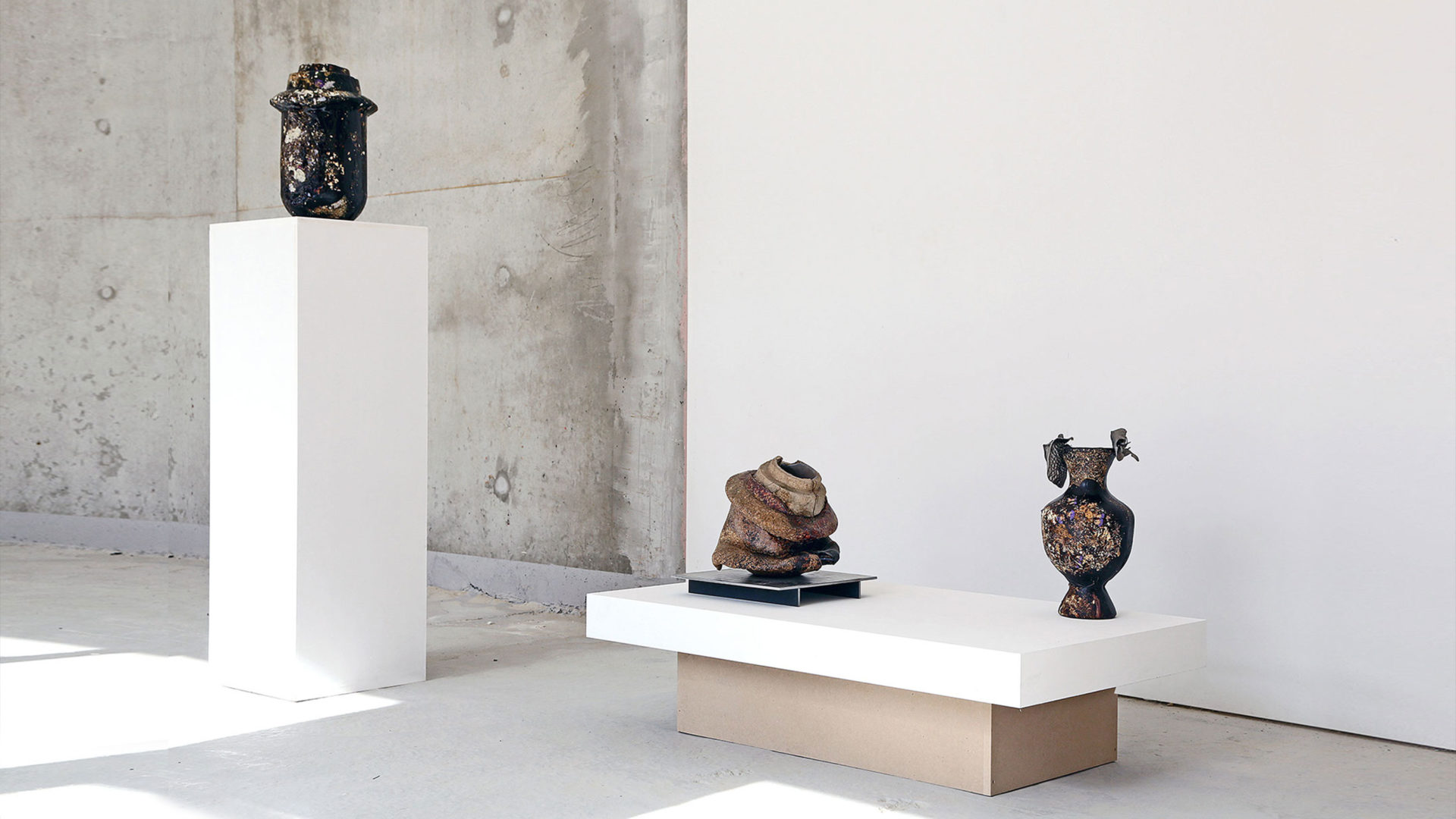 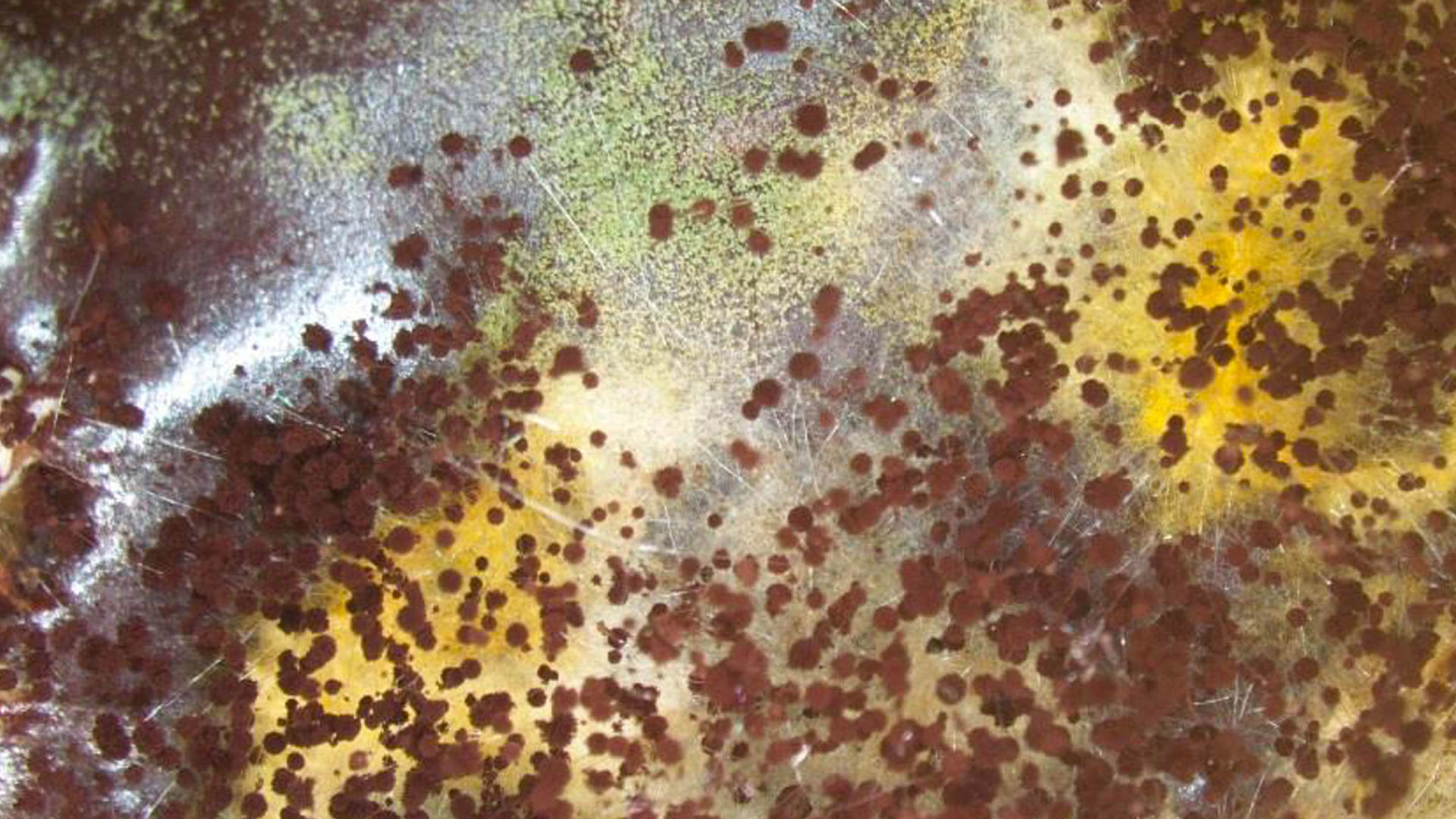 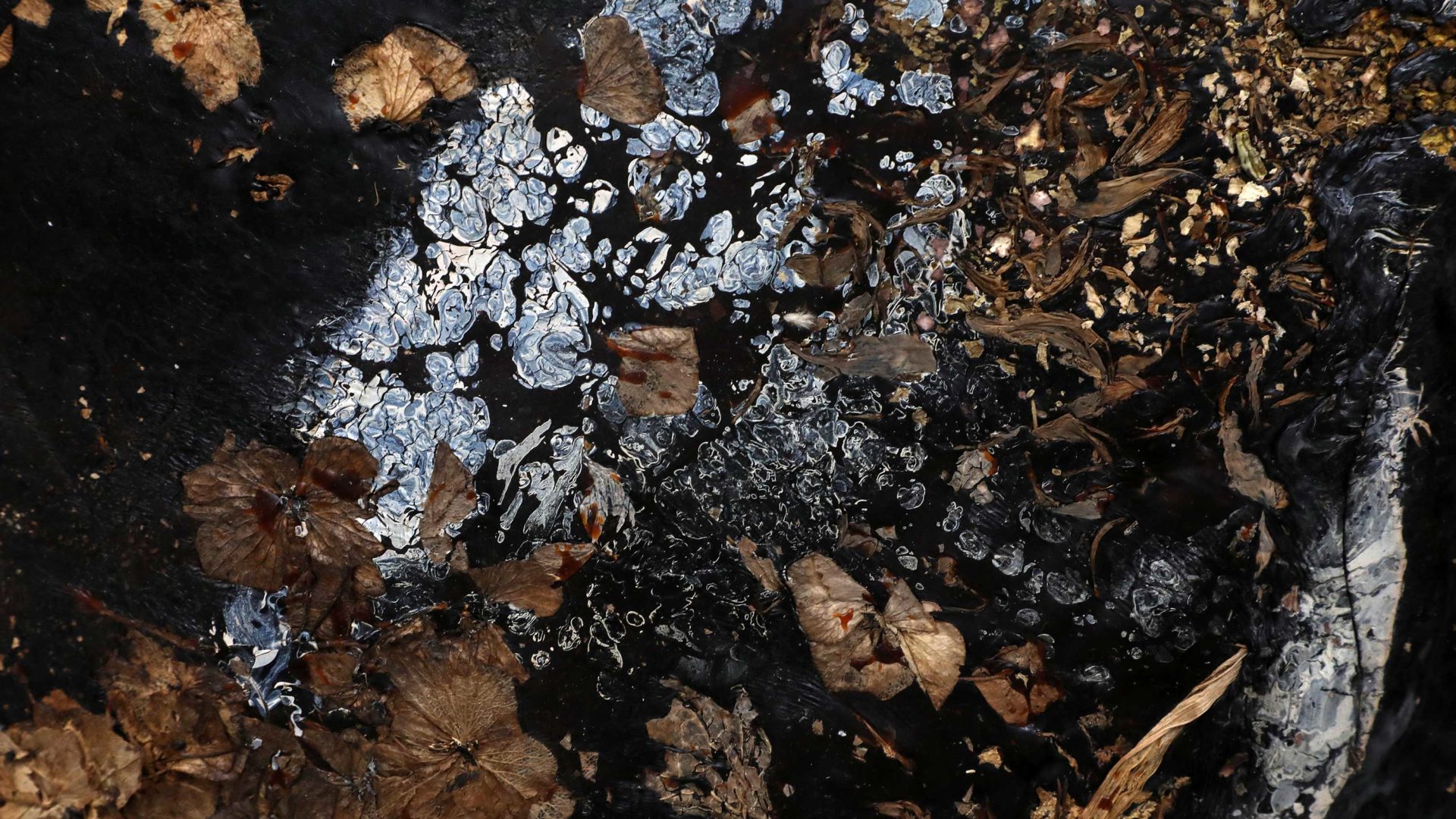 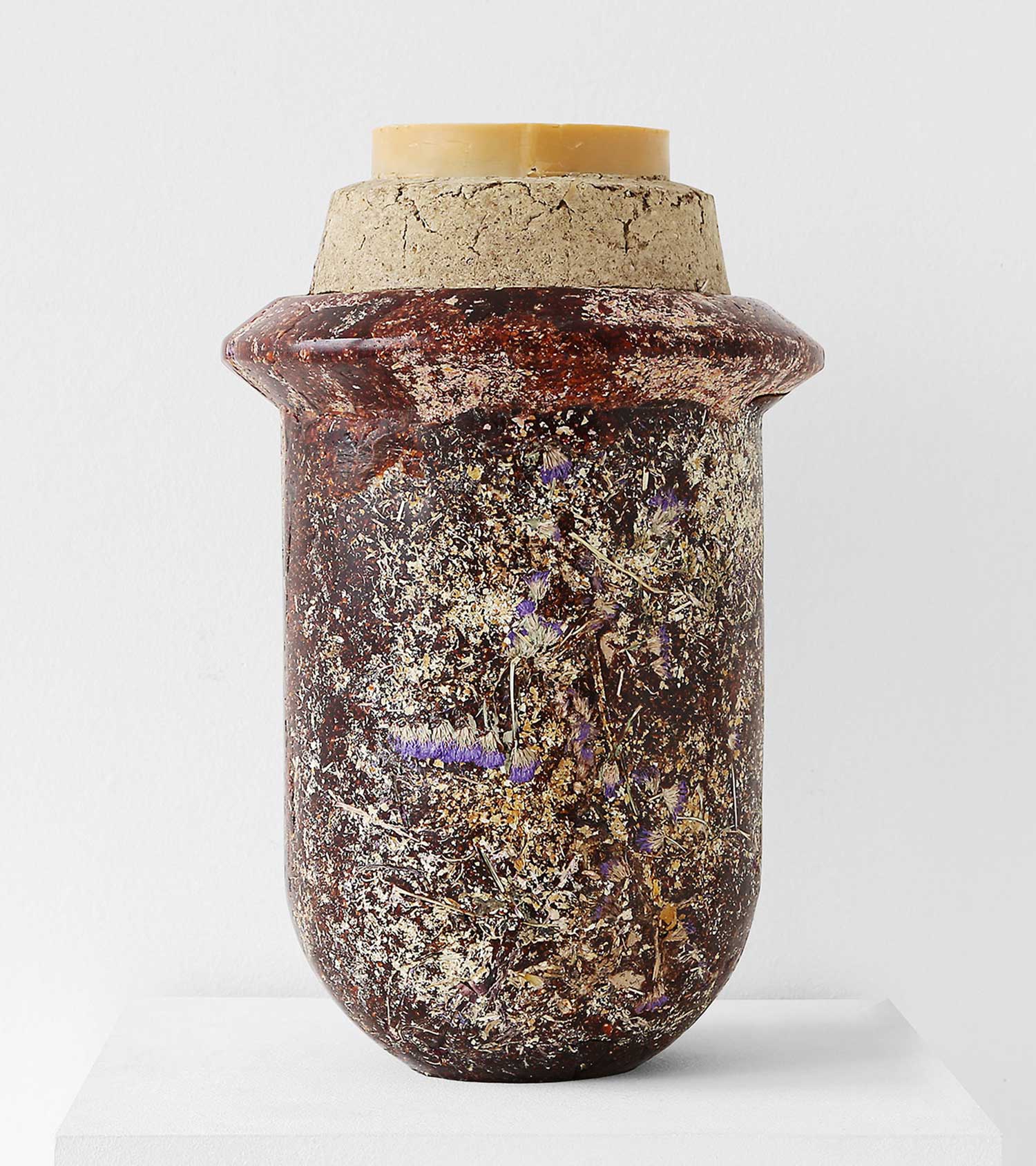 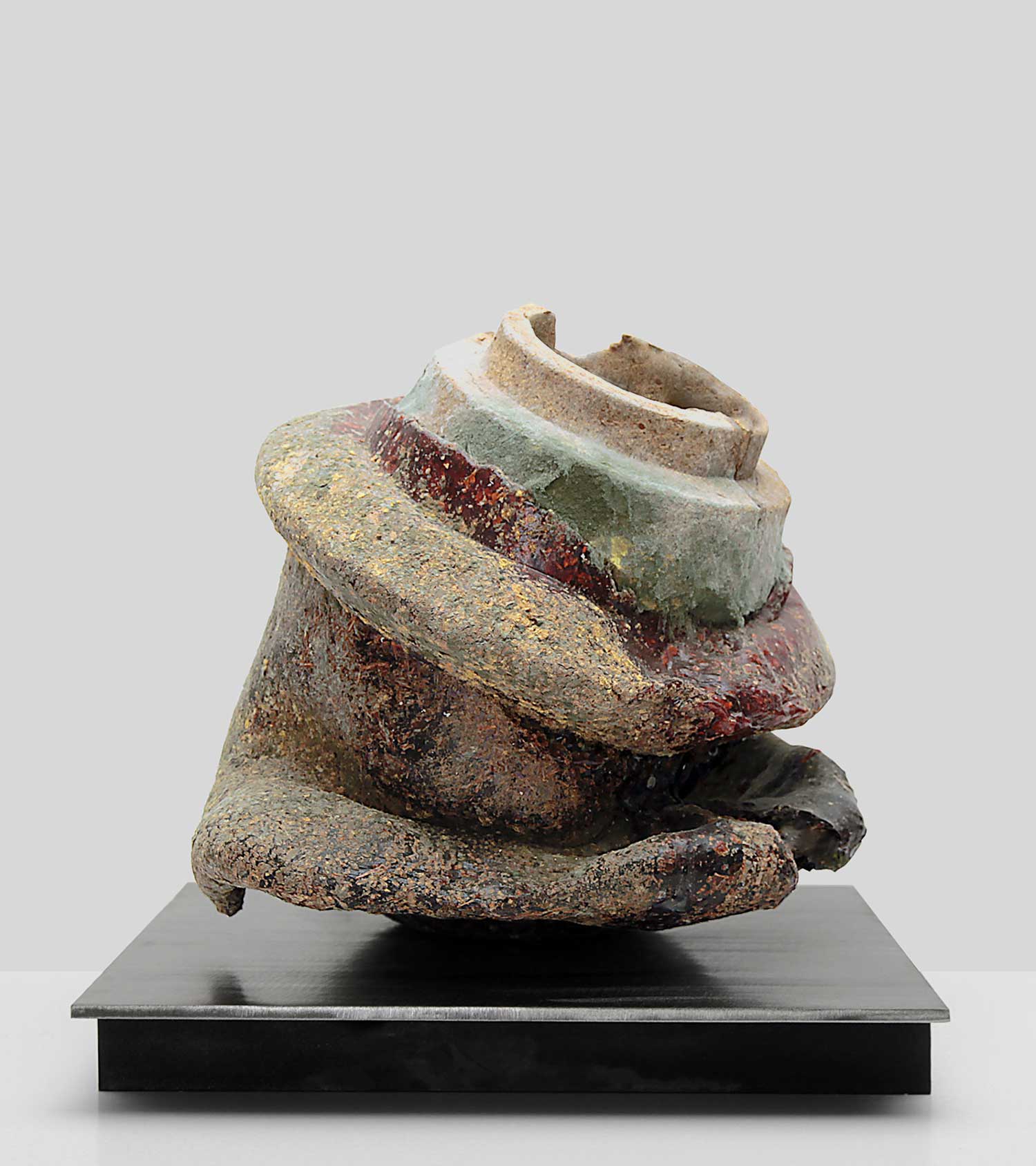 Imagine a living matter – an organism, a plant, a flower. One that has a life of its own. Imagine it turned to grains, to hummus, in order to become a timber of a future object.

Imagine a process which is a balancing act of what is living, dead, permanent and perishable.

The grained material has been forced into a symbolic shape – a vase. An object which is likely to be preserved for centuries, an evidence of the perished cultures. Layers of organic timber are gathered and reshaped into a sublime form, which fuses the material giving it a common purpose. Plants, flowers, shellac, beeswax – the layers create one, as if they have forgotten their origins. The object they have merged into is so seductive in its balanced, timeless form, that one forgets the ephemerality of materials it has been made of. Drawn to it, you don’t realise the unprecedented obsolescence planned for it.

Its limited lifespan relies on the habitat it is placed in. Whether it is a shelf in a house, a plinth in a gallery or a pedestal in a park – the object becomes united with its environment. External conditions inherit and continue to shape the object, making creation synonymous with decay. As the temperature and humidity increases, the Vase begins to melt, swell, fall and shrink. It becomes a dynamic form in the state of constant flux.  As you observe it over the years, you are overwhelmed with the heavy feeling of loss. Bewildered by its sublime qualities, you develop a relationship with the object, one common to all. You are a used to the perishable, you didn’t feel the same sorrow when your printer died. It is different – the sense of the inevitability of the decay pushes you to preserve it no matter what.

But the progressive deterioration makes it change its shape and structure. It melts and transforms becoming something different. Its’ familiar yet monstrous aesthetics makes you pensive. Is it still the object you wanted to preserve? Was it worth building the glass incubator around it? The transparent structure, with its delicate walls, defines new a habitat for the boiling matter. Like a scientist, you can observe as it gradually reacts to the changing conditions. Enclosed within the safety of its manually controlled environment, the deterioration begins to slow down until it finally stops. The object no longer relies on the external conditions – it becomes entirely dependent on you. Through its volatile form, it seems the object communicates with you. Within those balanced conditions, its matter no longer struggles. It solidifies, turning stable and calm. It becomes a lasting image, sculpted within this delicate matter of preservation and decay.